Journey to Albania, country of eagles and doves

Shqipëria, the land of eagles. Fragments of travel by Mariateresa Liccardo. Part 1

A black eagle dominates the red background of the Albanian flag, the same eagle that was in the banner of Skanderbeg , the condottiere who succeeded in making the town independent of the Ottomans in the fifteenth century, albeit for a short period.

Waves everywhere, the Albanian flag, and the eagle is reproduced everywhere.
Symbol of pride and identity.

Common terrace of the residence.

A father and his son, a boy of about 12 years, guests of the residence, the manager and me. The man translates my bad English to the manager, who speaks only Albanian and Greek.

His proud son rattles off words in Italian: good morning, thank you, friends.

I congratulate him. From 5 days I try to send falenderim to memory but with the caizer that I can pronounce this one word as it should.

The father looks at him grimly.

"No. You live in America. You are from Albania. "

The difference that passes between house and home. 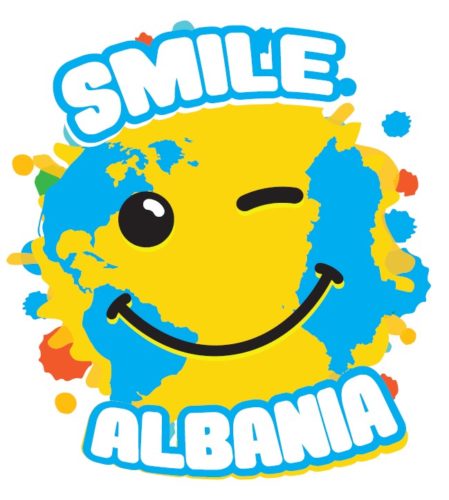 Albania is not the country of the eagles. It is the land of doves.

In no other place that I visited did I perceive so much availability, a sense of hospitality, kindness.

Albanians are a kind people.

Idle turns in search of the road where the hotel is located.

The navigator of our car does not recognize the roads, the forbidden senses.

As the crow flies we should be close by consulting the map.

A motorist is standing at the entrance of an alleyway.

I get off and wave the booking indicating the name of the hotel.

He takes the phone, dials the number and speaks.

Then he starts up and signals to follow him.

It leads us to the front of the hotel door.

Near the historic center.

Work is in progress, the road to the hotel is closed.
Show the reservation to a man in uniform (policeman? Policeman?). He turns it to a girl who I think works in the tourist office or in the Smile Albania stand.

The girl gets into the car and takes the place of the navigator, leading us to the hotel.

Alone we would never have succeeded in arriving.
I don't know where else it could have happened. Twice on two.
Falënderim.

In all the hotels, b & bs and apartments where we were guests, on arrival we were offered coffee, water and endless smiles.

(at the start handshakes and hugs)

When they asked me why the holidays in Albania, I answered why not, but I was driven above all by the idea of ​​proximity and economic convenience (ellosò).

A little over a week (ellosò), from Tirana to the south sea and back, stopping in the cities of Berat and Argirocastro, both UNESCO heritage.

Now I can advise you to go to Albania because it is near, cheap, but above all welcoming and hospitable, and I recommend doing it before speculation, administrative myopia and the euphoria for modernity devour its archaic and majestic beauty completely.

We invite you to follow Mariateresa in your blog , with other fragments of travel from Albania and beyond.