Beyond the Adriatic and back, a trip to the Balkans by Jacopo Rinaldini

CESENA - The clouds that lie on my sea, the Adriatic, are emulsions of white cotton candy suspended in nothingness. The Balkans are made of segments of heaven. The De Agostini geographical map is still on the desk in memory of the bizarre undertaking: my wife and I left Cesena at four in the morning in the direction of Ksamil, Albania. Between us and the land of eagles, Veneto, Friuli Venezia Giulia, Slovenia, Croatia, Bosnia and Montenegro.

How many kilometers have we covered? More than four thousand, however the precise answer is hidden between the folds of the asphalt, on the scratches of the bodywork of our slender, but indefatigable and stoic Fiat Panda, which faced the long journey with disarming carelessness of the holes, of the dirt roads and of the mountain passes: despite the small cubature of the engine, there are no fears of obstacles, borders, customs, because it will also be objectively impossible to reach high speeds, but it is unquestionably unstoppable and can be adjusted with little or nothing. He always brings you home. It has no "touch" screens, the infotainment is limited to three rigid plastic keys, but still has the aftertaste of freedom under the hood and this is the accessory I care about most.

This was the name of an itinerant monk, the first Chinese Buddhist pilgrim who arrived in India and collected the chronicles of his sensational wandering in a volume ("Fóguójì") in 416. He didn't have a Panda, but good legs.

We filled the additional roof box with our wraps and laid canvases and colors on the rear seats, because the world we were going to meet deserved to be imprinted on the rough white surfaces that smell of eternity. I am not a painter, I struggle to hold the brush in my hand, but my absolute lack of knowledge of rules and schemes has allowed me to express myself freely and fully.

The eyes of a child are those who have chosen the tempera to lay on the unusual and bulky travel notebook: I have never reproduced monuments or pleasant landscapes. My subjects are popular villages, facades of apartment buildings with peeling plaster, children who pay homage to life, holding hands in front of the colorful elementary schools of countries with false names, cobbled streets, stalls of fruit vendors whose boundless generosity I remember , the look and the hands consumed by work. It has been a journey of a million leagues traveled outside and inside of me. I searched for Pasolini's faces, immersed in a world that is crumbling with the progress of a modernity that is unhappy and shapeless what, which robs the men of their humanity and digs gray furrows destined to become boundless chasms.

La Slovenia it is a vast English garden: rich, flourishing and fragrant. It takes a few hours to pass through, just enough time to savor its Central European, Hapsburg and geometric beauty. Once past the Italian frontier, you enter a very particular world and the welcome is almost shouted by huge pigs skewered on equally huge rotisseries; all around, the aroma of grilled meat that insinuates itself into the nostrils.

We find ourselves thus in Croatia with destination Dubrovnik. The sea is the third travel companion: striding suspended in the air due to the slowness of the means used, unknown words can be heard and it is an exasperating ease to get lost among the chronicles of history: here, every single grain of land was Venetian. On the horizon it almost seems to glimpse the silhouettes of some wandering and lonely galleon, the son of an imagination that feeds with the increase in kilometers.

We decided to abandon the highway and enter Bosnia via a secondary road. It was a swarm of white brick villages, vines, olive trees, uncontrolled vegetation and, above all, countless rusty and creaking Yugo cars produced by the Yugoslavian Zastava.

La Bosnia it deserves pages and pages, but for reasons of space I will have to take the gift I miss: that of synthesis. We went through a kind of customs in the open countryside at three in the morning.

Too many houses still bore signs of war: bullet holes showed them on rusty road signs on which I could not read anything but the name of the city of Mostar.

We chose to postpone the visit to Sarajevo and in return we lost ourselves hopelessly in an unnamed valley. At attempts we managed to find the main road: the one that would lead us in Montenegro. A sign on the border read more or less like this: "Cerna gora Montenegro". Sighs of relief and moments of bliss, as Bosnia was officially behind us.

We rested in Kotor, Kotor, and the following day we bathed in the inlet which makes this place of unusual splendor admirable. 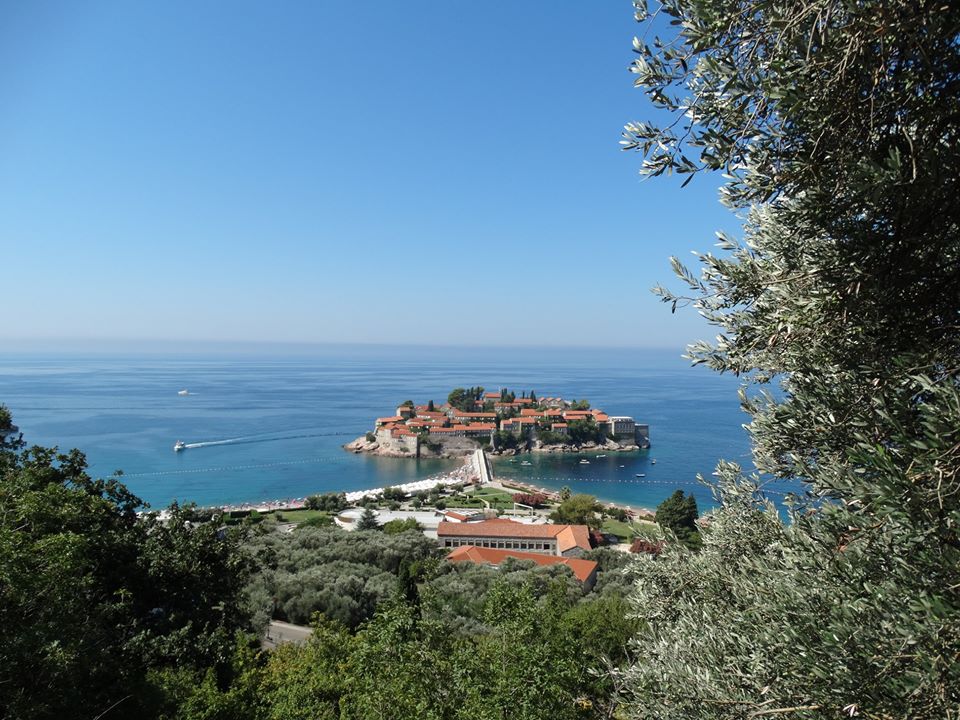 We set off again with salt water still on our skin and after about a couple of hours on the road of a dazzling beauty that wound through green valleys, here is Albania.

The first stop was at Shkodër. From that moment, we wandered like balls without sense inside a Balkan pinball: Durazzo, Rrubik, Rreshen, Tirana, Elbasan, Pogradec, Korça, Tepelene on the tracks of Alì Pascià, accompanied by the novel by Dumas, Gjirokaster to breathe the same air of Ismail Kadare and then the Llogara pass that tickles the sky, Vlora, Saranda, Corfu (Greece), the blue waves of Ksamil and Butrinto. 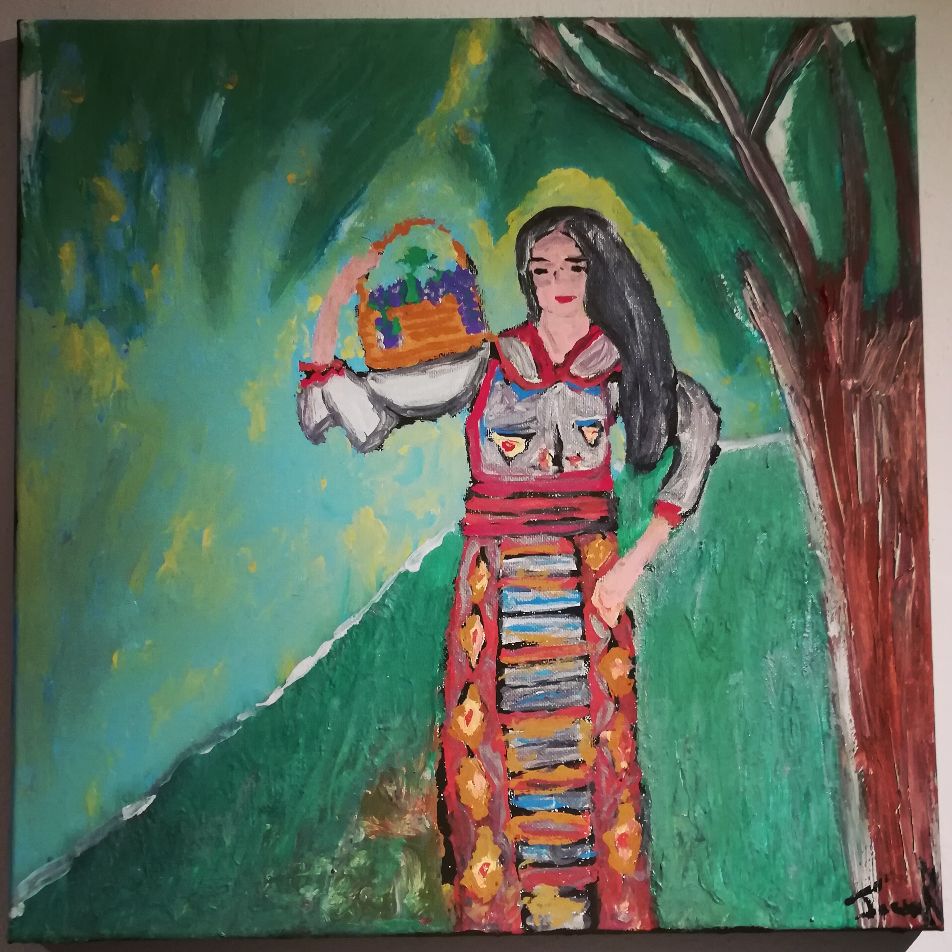 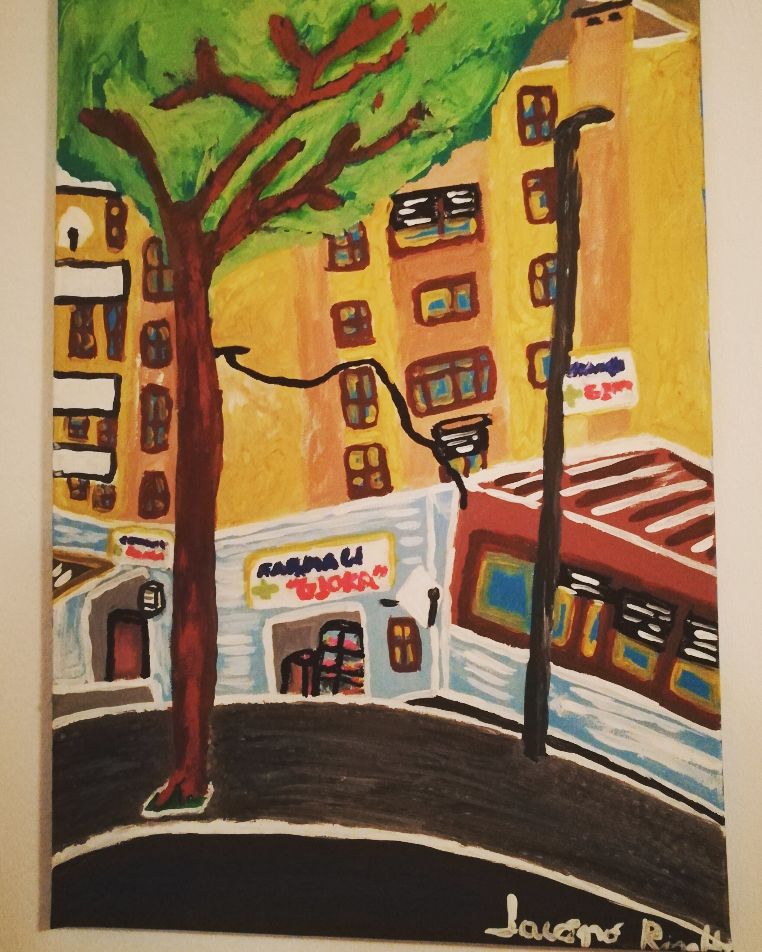 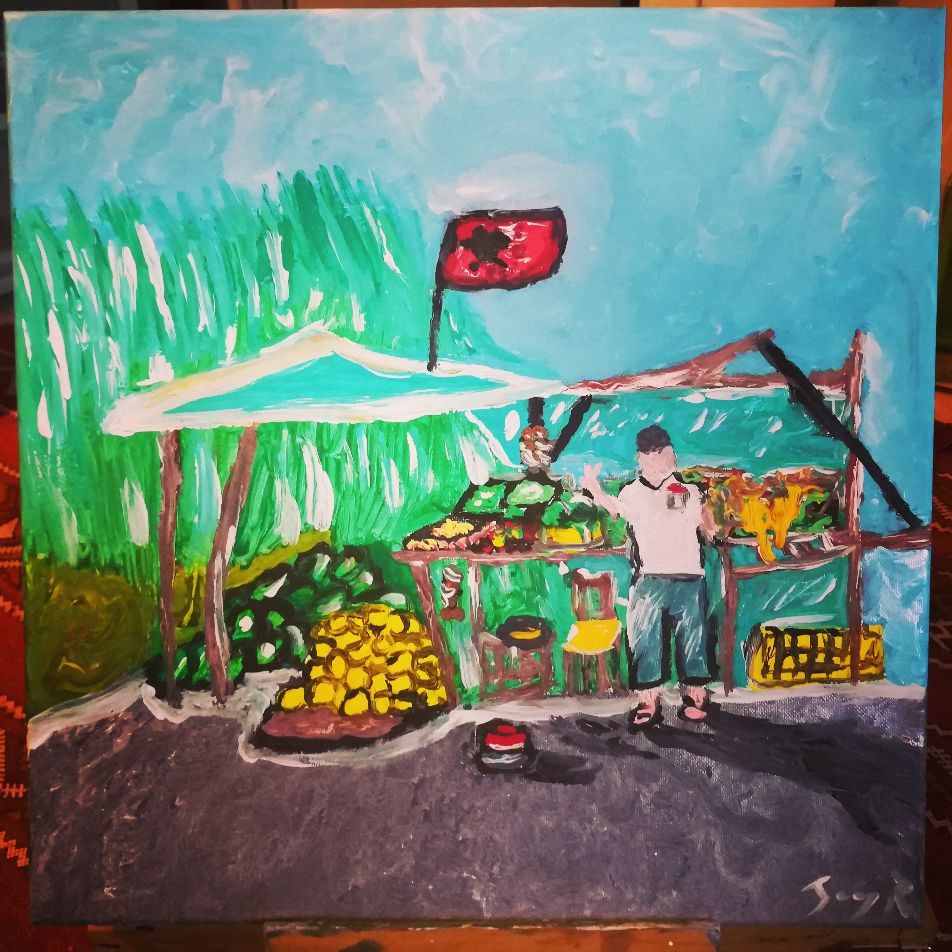 Destinations placed on our map almost as a way of provocation with respect to the laws of geography and common sense: North, South, still North and again heading south.

I got extremely rich during this schizophrenic dance of cardinal points. We ate fish on white beaches, we were hosted by generous families from the north, we made friends with Gjon, who killed a pig, an important source of family sustenance, only to welcome us to his house, I saw a man cry who he hasn't seen his daughter for years, because he lives in Italy and he doesn't even know where she is: he confided in us. Because? Because there is a red thread that passes through hearts and binds souls. This thin and very hot red silk thread is worth more than all the riches of the Albanian national hero Gjergj Kastrioti Skanderbeg.

I travel for one reason only: to become one with the salt of the earth. I travel to look straight into the eyes of men and women that fate has set far from me and tell their stories, their lives, their voices. I travel because I am looking for what I have never experienced. 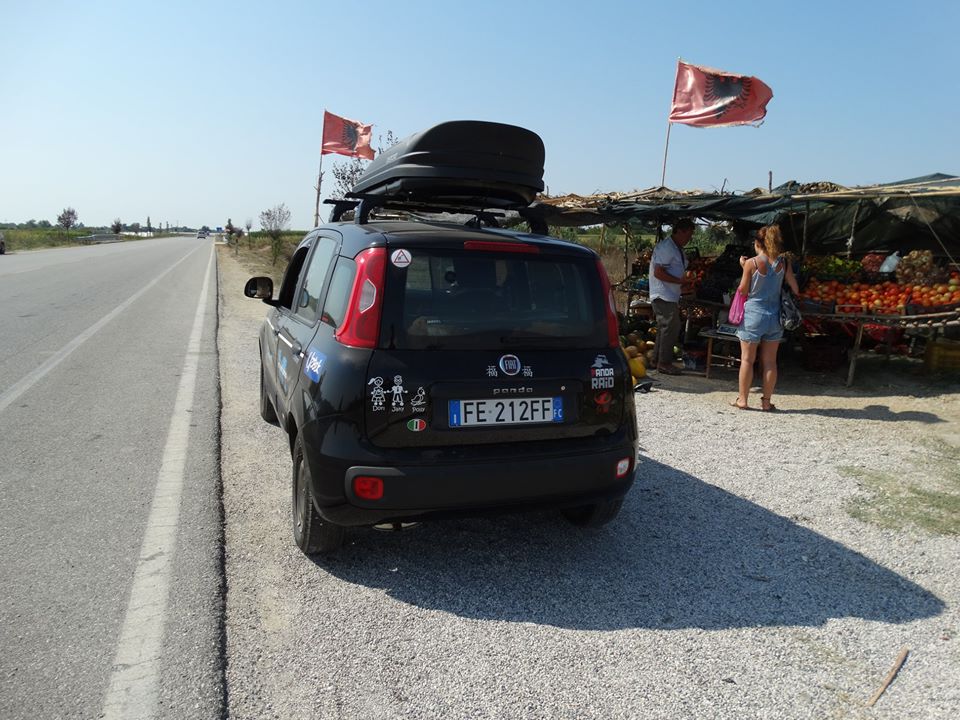 We embarked on Durres, my Cesena across the Adriatic. We landed in Bari after a night of rough seas and no sleep. I remember the tears falling straight into the sea: salt that was added to other salt; two small seas, the inner one and the Adriatic, destined to become an ocean of indelible traces.
The Panda, meanwhile, suffered in the hold of the ferry and a goodbye blew in the mistral winds.

The real estate mafia of Gjiri i Lalzit, where politicians go on holiday!