Hyso Telharaj: the young Albanian who dared to challenge the illegal employment in Puglia

8 September 1999 - an Albanian young man, Hyso Telharaj, dies for having dared to rebel against a system that still mortifies the dignity of agricultural workers, especially if they are foreigners: illegal hiring.

Like the mafia that asks for the lace, the gangmaster imposes the bribe to return a part of the earnings of the work to those same people who work for you. When Hyso arrives in Italy to work, he still doesn't know these things.

Too young and full of dreams ... He left from a village near Vlora, in Albania still torn by the results of the collapse of communism, with the idea of ​​working to be able to resume studying and become a surveyor. Arriving in Puglia, in the area of ​​Foggia, the one that still has prevalent activity in agriculture. He goes to live near Borgo Incoronata, a small town of the Apulian captains, and accepts a job as a laborer.

He finds himself trapped in that criminal system that almost decides about the life and death of earth workers. Poor pay, working conditions on the verge of slavery and, above all, the obligation to repay part of one's pay to the "caporali", people whose faces often do not even know.

Hyso doesn't fit. He dreams of a better future than what Albania could not give him. He needs the money, he earned it by sweating and he can't pay the bribe. He rebels, not knowing that, by doing this, he constitutes a sort of precedent that can also lead other workers to rebel.

The 'no' to the corporals will be his death sentence.

The 5 September 1999, when it has been in Italy for a few months, someone warns him that they are coming to look for him. He crushed someone's feet, as they say. They suggest he run away, to save himself, but he doesn't. They find it and the beating starts. Three days of agony in the hospital and then the September 8 dies.

As in the best omertosa tradition, his death, although served as a warning, must immediately go into oblivion. A Borgo Incoronata will pretend not to know.

Hyso is buried in Albania and his death, for many years, even his family will no longer have the courage to speak, not out of fear but out of pain. His face is not even known in Italy.

Then, like all the truths that MUST come to the surface, something happens. In 2012, an Albanian girl, Ajada, in Italy since 11 years, participates in a field of E! State Liberi, which deals with commitment and training on property confiscated from crime.

He learns about the history of Hyso, he wants to restore his dignity as a worker but he also wants to get to know his family to let her know that there is an association in Italy that has never forgotten its act of courage and has even given its name of the boy to a bottle of wine made from grapes harvested in lands confiscated from the mafia. 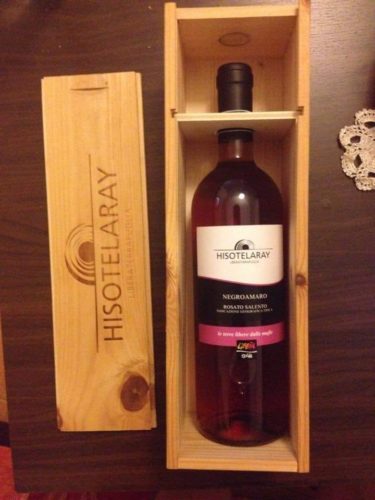 For 4 years search, and search ... Internet gives her a hand, but will have to wait until 2016, then succeeds in the miracle. Not only does he track down the young man's family, but persuades his parents to get a picture of the boy. Now Hyso has a face.

His family, after so many years, finds the courage to come to Italy. At the Free association , who kept the young man's memory alive, the elder brother brought as a gift the most precious thing they still have of Hyso, his passport.

The legal case then followed its course. Who had to be condemned, it was. More or less ... question that is unsuitable to discuss here.

We are interested to know that there was a young man, coming from a land close to ours, with his suitcase of dreams and that they were broken because he had the courage to say NO.

And that there is an association in Italy that, we could say, 'lives to avoid killing'. Do not kill the memory of courageous people, who have paid with their lives the courage to rebel against wrong systems, damaging human dignity.

One of these brave was Hyso.