UN alarm: The 2100 year will see a halved Albania

Albania is one of the few European countries that will have a population reduction in the coming years. According to the new forecasts of the UN population department, the century in which we live will close with drastic results regarding the population of the country. The international institution has published three projections: an optimistic, a normal and a pessimistic one.

The pessimistic version predicts that in the year 2100 the population of Albania will be only 860.000 inhabitants.

The normal one, on the other hand, provides that Albania will be populated by one million and 600.000 inhabitants. Finally, the optimistic version - which considers zero emigration and normal fertility rates - predicts that the Albanian population will be two million and 800.000 inhabitants, a value more or less similar to the current one or 2,9 million. 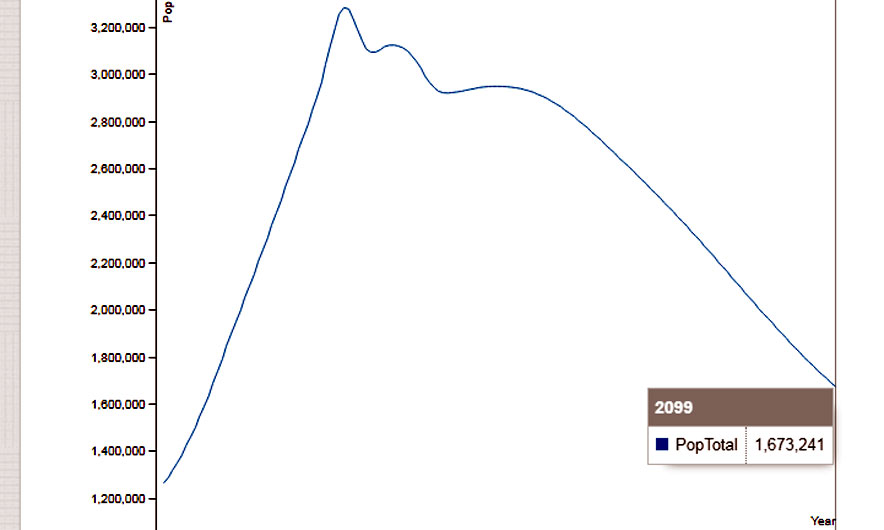 The UN has re-evaluated Albania's population indicators this year, decreasing the number of population expected in the 2100: last year, in fact, the forecast was around 1,7 million, while for this year it has dropped to 1,6 million.

Albania is losing more and more in its demographic indicators due to the sharp decrease in the 0-40 age group, while, on the other hand, the 65 + year band is significantly increasing. According to the latest statistics published by theInstitute of Albanian Statistics (Instat), the 0-40 age group has experienced a decrease of 2% during the last year, or about 19.000 people.

The main causes of this trend can be attributed to the new high emigration phenomenon and the declining birth rates.

This will increasingly lead to a loss in the labor-power ratio, which not surprisingly decreased during the last year by 1,1%. Meanwhile, the 65 + age range has increased by almost 12.000 people in the 2017, or 3%.

Forecasts also show that the working-age population will fall at a slightly faster rate than that of the general population (almost 18% in all districts with the exception of larger cities like Tirana).

In the capital, in fact, a significant increase in the workforce is expected (+ 30% by 2031), while the most significant decreases are expected in Argirocastro (-43%) and Berat (-30%).

Instat, Tirana and Durres the most populated provinces of Albania

UN: 30 million people have left Albania in the past 1,2 years

Albania, no taxes for small businesses with turnover of up to 14 million lek

Eurostat, Albanians are the poorest in the Balkans but live longer