Many issues touched on by the well-known Albanian sports agent: from the Covid-19 pandemic to the National team.

It is not easy to find someone who knows the dynamics of Albanian football like Andi Matraxhiu, a former journalist and today one of the most influential Albanian sports prosecutors. Precisely for this reason, in this quarantine from Covid-19, we had him tell us how Albanian football is and how he is facing this world pandemic.

Andi you have been in the Albanian football scene for many years, first as a journalist and today as a FIFA agent (plus the experiences as a sports director): how has football in Albania changed in recent years?

I also had a brief experience as ultras of Elbasani, the team of my city, in 2006 when he won the championship; I was one of the founders of the ultras group "Tigrat Verdheblu". Shortly afterwards, as you mentioned, I devoted myself to sports journalism, and then later became a FIFA agent.

As for football in Albania, right now I am looking at a replica of the Tirana-Partizani derby of the 2003/2004 season and it is evident that there was another "background" compared to today. In particular, there were many more players from the Albanian youth sectors and few foreigners who made the difference. Today, however, the situation has reversed: foreigners are many and do not make a difference, while the products of the nurseries of Albanian clubs are much less.

On several occasions you have denounced the lack of professionalism in Albania, in this sense what is there still to improve in Albania?

There is still much to improve. I have denounced these "irregularities" several times because I love this sport. We live in the age of appearances, for this we must not believe that what appears perfect is necessarily in reality. However, it must be stressed that the Albanian football association has done an excellent job in terms of infrastructure.

Today all teams, even those that do not have their own sports field, have a facility to train regularly. In any case, what still leaves something to be desired in Albania is the fact that some people who finance Albanian football have not yet understood that a team starts from the warehouse worker and the game uniforms and ends up with a bathrobe and slippers to enter in the shower, all things that must be ready for the players. Here in Albania they confuse these small details with being presumptuous, but it is simply professionalism. 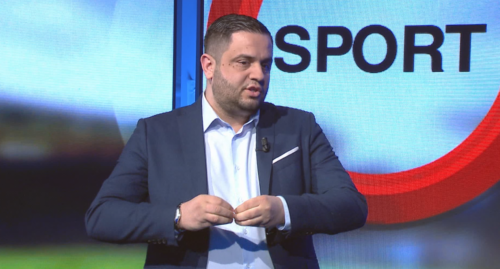 The Covid-19 pandemic is causing several problems in the football world. How is a weak economy like Albanian football facing it?

The main problem caused by the pandemic is that several clubs are not paying players' salaries, although - to tell the truth - this sometimes happens even when a team is doing well. For Superliga players, who earn 1000 to 6000/7000 euros per month, it is enormous damage but the problem is even greater for the players of Kategoria and Parë (Serie B) who earn from 20.000 (around 159 euros) to 50.000 (400 euros approximately) monthly lek. For them and their families, not receiving those minimum wages amounts to a massacre.

This represents the main obstacle for the resumption of the Albanian championship but, as I have also said in other interviews, there is at least a positive aspect, that is, that many teams will rely on young Albanian players, who in the last few years have not enjoyed of sufficient space. This happens because there is a "seasonal" mentality, one thinks only of the current championship and not - with some very rare exceptions - to plan for the future.

Will there be an agreement between clubs and players on the salary issue?

At this moment many footballers do not have the "courage" to complain publicly, but complain "behind the scenes", because there is a serious problem with salaries. The Football Federation has adopted an emergency package which, however, did not include all those teams which do not belong to private individuals and which are therefore owned by the provinces. Belonging to public bodies such as the provinces is not synonymous with guarantee of payments, but the Federation does not have the power to order them to make payments.

To make up for this, it could include before the start of the season a minimum annual budget that all companies must have to register for the championship, but we have already seen in the past that when the Federation can ask for an eye on the criteria for the enrollment, he does it without thinking twice.

Let's move on to the national team. If you were the president of the FSHF, would you have confirmed Edy Reja? How do you judge the work of the Italian coach?

If I were the president of the FSHF I would have held onto De Biasi, not because it is irreplaceable but because of the unique bond he created with the national team and because he was able to understand perfectly what we were and where we could get there. As for Reja, he is a trainer whose CV speaks for himself which makes him a privilege for our football. However, I am still skeptical about his job because his hand on the team has not yet been fully seen, I don't know if it was because of the short time or for some other reason.

When we judge his work, it should not be compared to Panucci or to any other technical commissioner who has had Albania; we only have to evaluate if Reja is the right man for the national team at the moment. Albania is experiencing a delicate moment of generational change: a revolution that must be carried out gradually. Age does not play to Reja's advantage, so I am not 100% convinced. 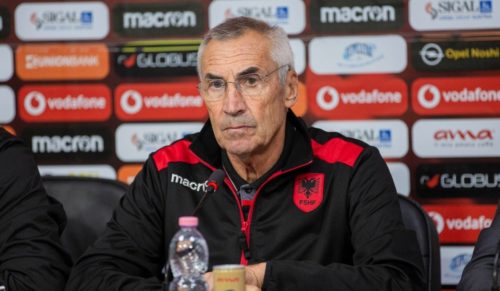 The national team is relying on many young players playing in major European leagues such as Serie A. What should we expect from this generation? Can we improve what has been achieved by De Biasi?

We must not rely only on Strakosha, Djimsiti and the others who play in Serie A for the national team. Like Albania we don't have scarce players, but we don't have the right group of players at the moment. In this sense, I want to remember the "scouting" work done by De Biasi, who went to discover the players one by one by traveling to the countries in which they played, seeing them play closely, knowing them and planning a well-defined plan regarding the National .

Today, however, none of this happens. There are players who are doing very well in several European leagues but who are not being followed because it was simply decided that they should not be taken into consideration. The national team is also paying for the withdrawal of some players who had been fundamental in managing De Biasi such as captain Lorik Cana, soul and leader of that team.

I think it is premature to talk about a national team that can achieve what De Biasi has done, you need a well-defined strategy as happened with the Venetian coach, so you can start talking about big goals again.

Euro 2020 qualifiers, Reja's squad for the matches against Andorra and France