Kosovare Asllani awarded as female striker of the year in Sweden

The Albanian-born soccer player, who currently plays for the Spanish club CD Tacon, was also in the running for the player of the year award.

Kosovare Asllani, a player of Albanian origins but of Swedish passport, was awarded as "female striker of the year" on the gala evening "Fotbollsgalan" dedicated to the prizes of Swedish football.

Asllani, along with his team-mate on CD Tacon (club owned by Real Madrid) Sofia Jakobsson, was also competing for the "soccer player of the year" award. 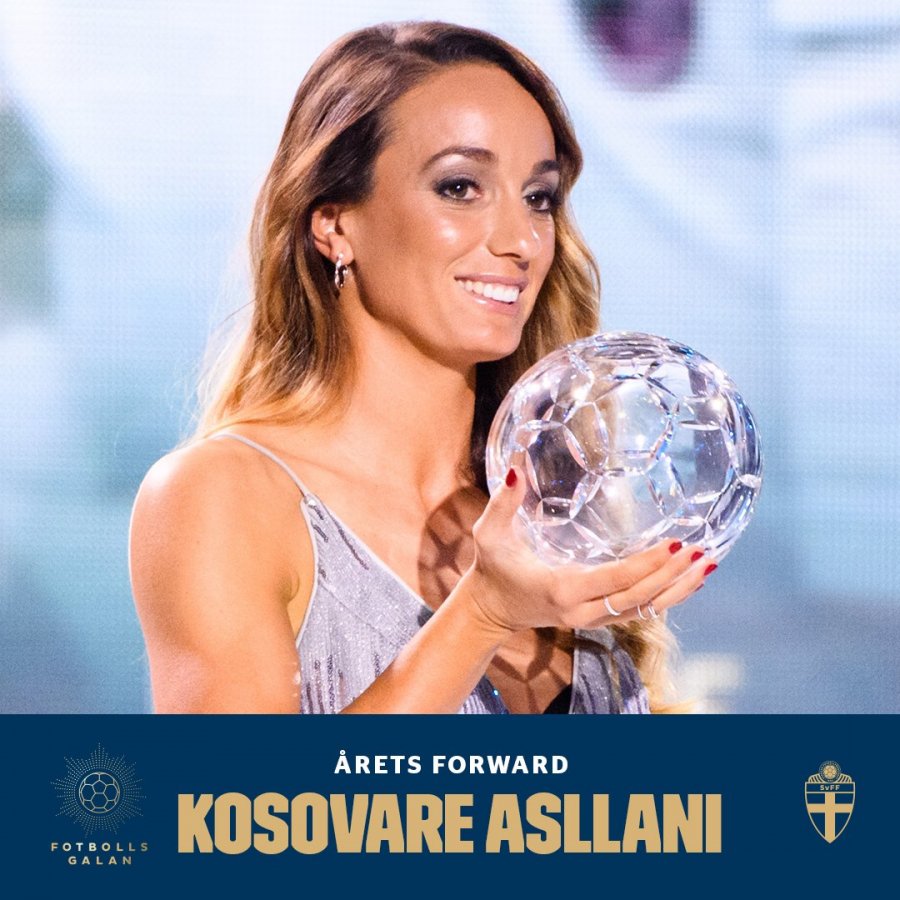 Nicknamed "Kosse", she began her sporting career in the 2004, at 15 years, in the youth formations of women's football of Vimmerby. Here he creates 49 networks in 48 matches, attracting the attention of several clubs.

After receiving offers from numerous teams, in the 2007 Asllani agrees with Linkoping to play in the highest level of the Swedish women's football championship. Following a difficult first season, Asllani finds more space during the second and contributes to the victory of the Swedish Cup 2019.

The following year, her palmarés is enriched by another national cup, a super-cup and the first Swedish champion title. At the end of the season, the Americans of the Chicago Red Stars announce their engagement: in the USA Asllani remains only one season to then return to the homeland always with the Linkoping jersey.

Her return contributes to increasing the competitiveness of the team, especially in the Champions League where Asllani is on target both in the round of XNUMX against Sparta Prague and in the quarterfinals with Arsenal (who will then go through for the most goals scored away) ).

At the end of the season, the Albanian-born soccer player decides to return to her hometown, Kristianstad, and sign a contract with the local team. His parenthesis at Kristianstad lasts only 15 matches, because Asllani accepts the proposal of Paris Saint-Germain, where it is presented to the media by Leonardo and will remain until 2016.

The 22 January 2016 leaves France to move to Manchester City for a year and a half, before moving back to Linkoping in August 2017. In the summer 2019, instead, its transfer to the CD Tacon, club owned by Real Madrid.

From the 2008 to today, Kosovare Asllani has also collected 107 appearances and 28 networks with the magic of the Swedish national team, with which it won an Olympic silver medal in the 2016 and reached the third place in the last 2019 world championships.