The study of Albanian international relations - of which football has always been the geopolitical mirror, especially in international friendly matches 1944-1991 - in fact offers endless surprises.

The 28 June 1958, at the end of the match drawn with Partizani (2-2), Dinamo, coached by Zihni Gjinali, came fourth in the championship; tournament that saw the surprising Besa finish second behind Partizani.

After a few days, the company from the Ministry of the Interior went on a tour of Czechoslovakia in July.

The football of that country was then at the top of the world. At the 1958 World Cup, she was eliminated in the quarterfinals by Sweden hosts (2-0, 19 June). The 1 November 1959 in Prague, the victory with Italy for 2-1, allowed it to win the sixth edition of the prestigious International Cup, as Italy itself stopped in Florence on November 29 Hungary for 1-1 (Czechoslovakia p. 16, Hungary p. 15, etc.). The International Cup was the last act, it was substituted by the forthcoming European Nations Championship 1960, which saw Czechoslovakia in third place, overtaking France for 2-0 (9 in July in Marseille). In the next World Cup four years later, he finished in second place, defeated by Brazil in the final (3-1, 17 June 1962 in Santiago de Chile). 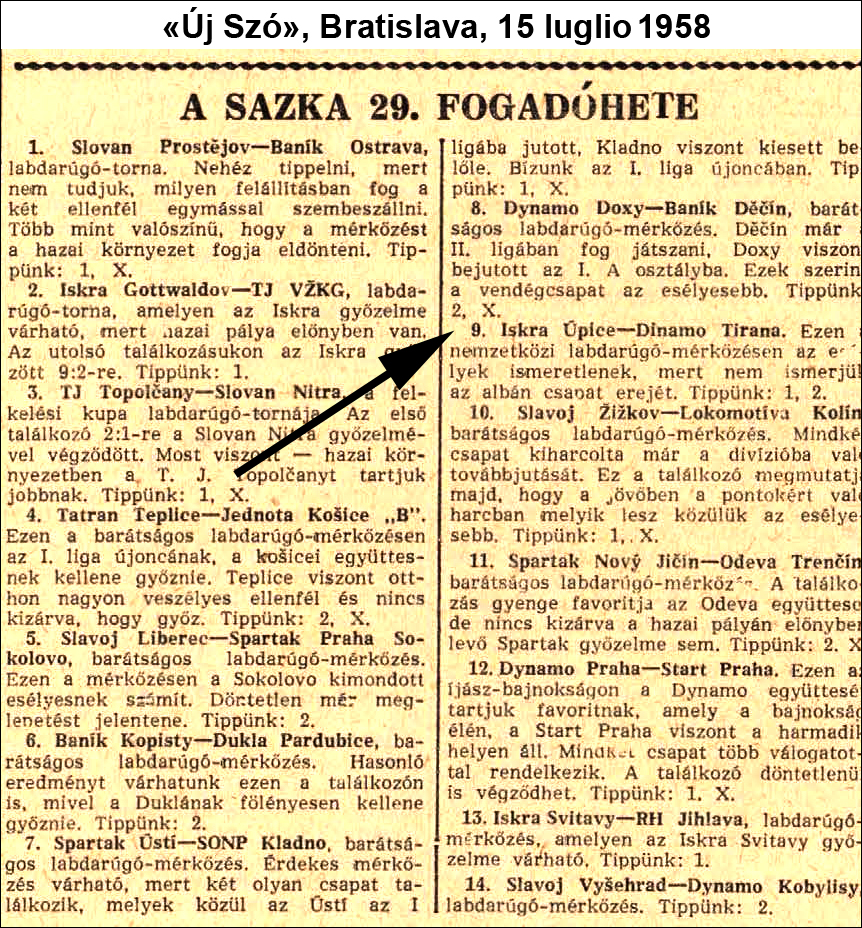 For Dinamo, the Czechoslovak transfer took on great technical and competitive significance. He played four games with dignified results (one win, one draw and two defeats; 4-5 goals). Even the first game was treated with care by the most important and widespread Czechoslovak political newspaper «Rudé Právo» (17 July): an article on the fourth page related the meeting of the Albanians with Spartak Hradec Králové, then national champion 1959-60. As if the «Corriere della Sera» last summer had highlighted, with the news, the victory of Fiorentina against the strong Galatasaray Istanbul (11 August 2019). And it must be said, with greater weight, that "Rudé Právo" had only four pages, as is the tradition of the party organs of the socialist states. 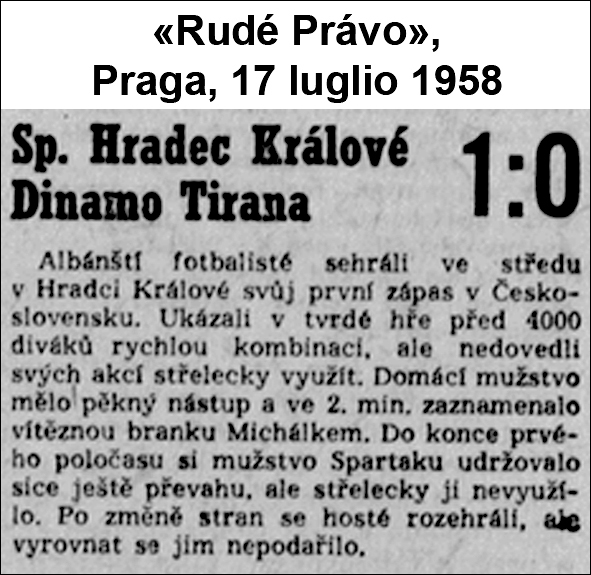 But the surprising question is another. We find in the daily newspaper of the Hungarian minority in Slovakia «Új Szó» (12 July), that Dinamo Tirana had the honor of being included in the 29 ° competition of the Czechoslovak Totocalcio. Furthermore, the same newspaper, three days later added: "In this international football match, the forecasts are uncertain because we are not aware of the strength of the Albanian team. Our advice: 1, 2 ”. 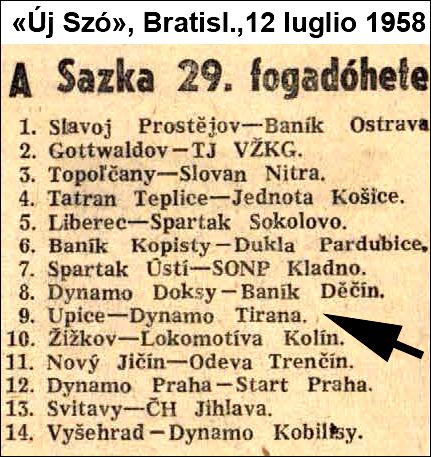 Who knows how many other revelations about Albanian football are still hidden in the dusty archives of newspapers in Eastern Europe and Southeast Asia, and nothing is known in Tirana either.

Furtuna Velaj, from emigration to the Albanian national team in the United States

2018 World Cup, there will also be a pinch of Albania

Advertising
No result
View all results