The fight against organized crime is one of the greatest challenges of Albania today. For two days, in Fier, this battle has also been fought with brioches and ice cream. On Saturday 8 July opened its doors KeBuono!, the confectionery and ice cream parlor created within a property confiscated from organized crime. Women victims of violence will work in the bakery and events and activities will be hosted for the whole community.

The red ribbon was cut by the Ambassador of the European Union to Albania, Romana Vlahutin, and in the presence of many members of the Government and the Albanian ruling class including Ogerta Manastirliu, Minister of Health and Social Assistance, Etilda Gjonaj, Minister of Justice and other representatives of the Ministries of Finance, the Interior and the Parliament. 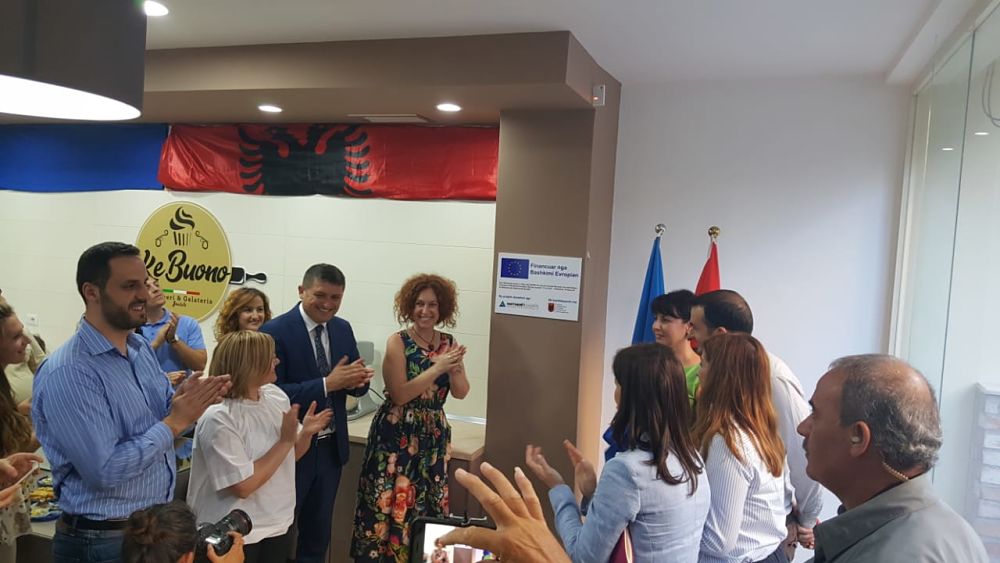 First example of its kind in Albania, this confectionery aims to create a new model of fighting the mafia through social enterprise, integration and professional training. The project, promoted and implemented by ENGIM International , an Italian NGO, in collaboration with the Qendra Social Murialdo di Fier , is financed by the European Union and is part of a first experiment to re-use the assets confiscated by the crime developed by the organization Partners Albania.

KeBuono! - a social enterprise that aims at integration

Model" KeBuono! It puts social enterprise at the center of a process of integration of the weakest sections of the population through work and training. Inside the confectionery will work three women victims of violence, flanked by a professional pastry chef, who will have access to a training carried out by pastry chefs and ice cream makers from all over Italy. The training will see them busy all summer until the official opening, scheduled for September.

"We want the model of the social training enterprise - declares Roberto d'Amato, Coordinator of ENGIM projects in Albania - may represent a model to be replicated throughout the country. The fight against organized crime passes right here: building opportunities for work, integration, social promotion for the whole community in places where the community was previously at risk. "

The event brought to light the important issues of the fight against the mafia and the legislation on social enterprises in Albania, even more current in view of the negotiations for entry into the European Union which will begin next June.

In this regard, EU Ambassador Vlahutin stated that "the fight against the mafia and the re-use of confiscated assets are a priority in European legislation, a law with which Albania will soon have to confront itself in view of the negotiations and on which it is already working forcefully, but which still needs to be developed".

The road taken, however, seems to be the right one: "Change is taking place and we are sitting inside. - continues the Vlahutin, referring to the pastry shop KeBuono! – This place gives us a message: what was stolen from society will return to society". 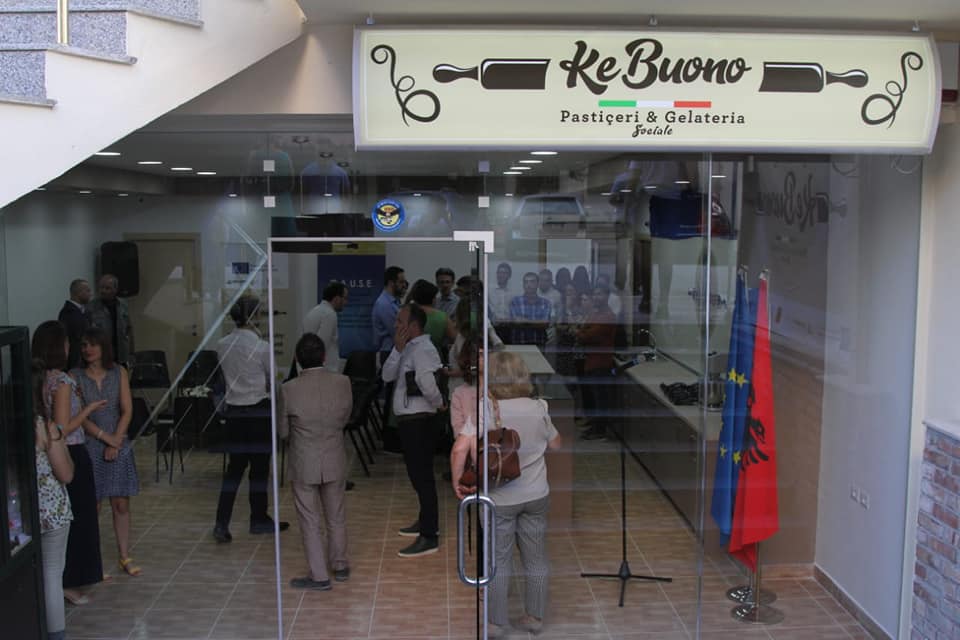 Meanwhile, a KeBuono! change is made every day. Starting tomorrow training will start and the pastry shop will start churning out cakes and preparing ice cream with that extra flavor: well done well.

The Ionico Adriatico (IAP) pipeline will be ready in September 2020

Albania, the works of the Korean Yura plant were inaugurated

Apolonia Palace, an innovative project for the city of Fier