Territories and vines of Albania

With its 26.000 hectares of vineyards, Albania is a land still little known from an enological point of view, even if there are many potentialities of the territory

Covered mainly by plains and hills, Albania can count on productive land, as well as on a Mediterranean climate with mild winters and hot, dry summers: all elements that favor the development of the vine.
From a wine-growing point of view, the territory is divided into four macro-regions, classified according to the altitude criterion:

The coastal plains that reach the 300 me surround the cities of Tirana, Kavajë, Durres, Scutari, Lezhë, Lushnje, Fier, Valona, ​​Pukë and Delvinë;

From this grape variety both white and red wines are obtained, the white Shesh with its olfactory charge, body and persistence and the black Shesh with its body, its complexity, strong and penetrating intensity, where mature plums and spices are expressed , with a very persistent finish. 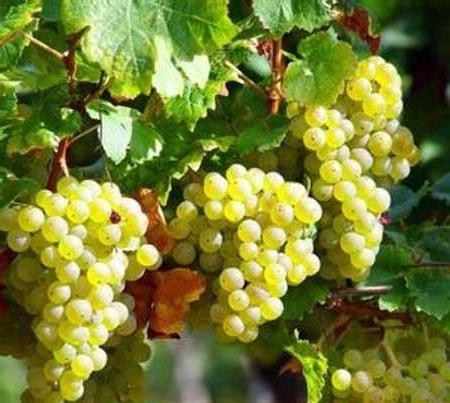 Red grape variety has great potential and character (the Bukmira area has a peculiarity in producing Kallmet with softer tannins and good acidity) and an excellent aging potential. 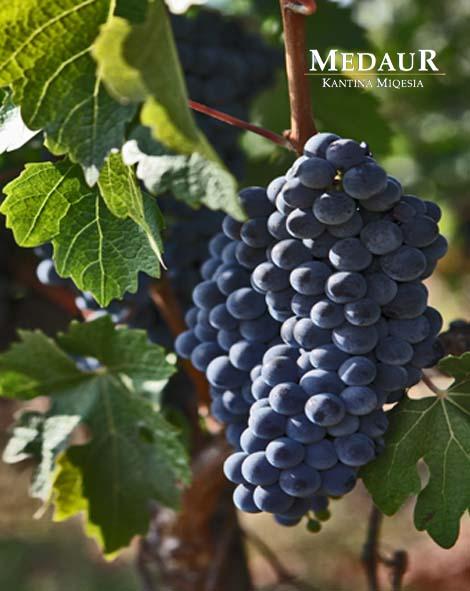 It is an undervalued vine, it produces a wine with an excellent bouquet and a lingering aftertaste that recalls the scent of ginestro. 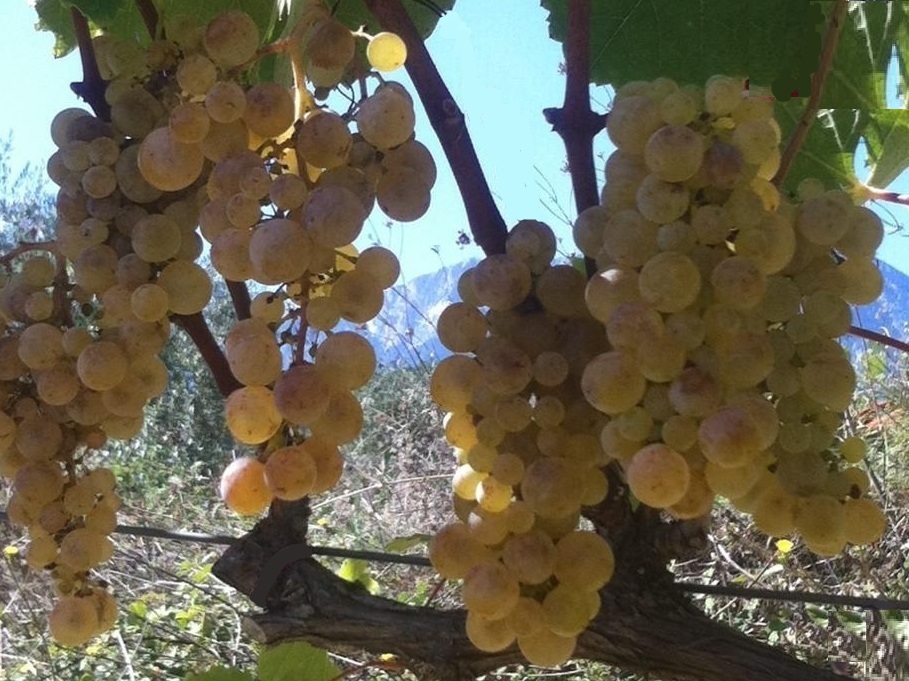 The large known companies of the country that produce wine today are more than thirty, even if, in the coming years, an increase in the sector is estimated. Some of these wineries have also started to make themselves known internationally, participating in competitions and trade fairs. Unfortunately, even if the products have an excellent quality level, the image-related problem still exists, widespread even within the country itself, which hampers marketing.

In Albania, thanks to various European Community support policies and the initiative of about thirty producers, the wine sector is expanding, the area of ​​land destined for vines is increasing and the country is becoming increasingly aware of its potential. In addition to international varieties, winemakers are focusing on quality and native varieties, many of which have been saved from extinction. Since the nineties, the wine producers of northern Albania have gathered in consortium with un single goal: to produce wines of quality e merit.

The parallel lives of some vines

The vine Kallmet it is very ancient, widespread in the Albanian territories, extending to the humid and hilly lands of the extreme north-west of Albania. This native variety is characterized by the presence of a bunch of dendritic and crumbly grapes and a purple-red grain, and is known for its qualities, especially for its aroma similar to that of violet. Until recently it was thought that Kadarka, or Skadarka was one of the many synonyms of this variety in Bulgaria and Romania. Some believe that Kadarka comes from the area near Lake Scutari, a city that in ancient times was called Scodra (Skadar, Skadarsko - of Scutari). Kadarka was the main ingredient in the famous Bull Blood of Eger (Egri Bikavér), but was supplanted by the Kékfrankos (Blaufränkisch). Kadarka grapes produce wines with a lot of body and tannin. This red grape is grown throughout Eastern Europe. In Bulgaria it is also known as Gamza. Other synonyms are: Noble Bleu, Noir de Scutari, Raisin Noir de Scutari, Schwarzer Cadarca, Schwarzer Skutariner, Scutariner, Skadarka, Skadarska, Tokaynero of Scutari etc.

According to Alberto Cugnetto PhD., Oenologist and Specialist in Viticultural Sciences, who has been making it for some years now with great satisfactions, as consultant oenologist of Kantina Arbëri in Rrrëshen and of Mrizi i Zanave a Fishtë, although in some texts and databases we approach Kallmet in Kadarka, it is not correct to call them synonyms. Mr. Cugnetto, referring to the studies carried out by theApplied Genetics Laboratory, School of Engineering of Lullier, University of Applied Sciences of Western Switzerland, And the Center for the Study of Evolution and School of Life Sciences, University of Sussex, UK, shows that between the profile of the Kadarca and Kallmet genetic markers there is no correspondence. Moreover, to date there are no grape varieties that resemble Kallmet, and therefore we can certainly define it as an indigenous Albanian grape variety, unique and inimitable; capable of giving excellent wines, like great Burgundy Pinot Noir, if grown in the right environments (Mirdita Interno zona Bukmire).

Il Carménère derives from the "Vitis biturica", arrived in the Bordeaux region in Roman times and coming from the port of Durres - Albania - Lucio Giunio Moderato Columella born in the sec. 4 AD, author of the work De re rustica, the ancestor of an encyclopedia of agriculture in twelve volumes, wrote that the Balis vitis came from Epirus and was taken to Rome through the port of Durazzo. From the Vitis biturica have been selected, in the Bordeaux, the Carménère, Cabernet Franc, Merlot, Cabernet Sauvignon, Malbec, etc. In Italy it is grown between Veneto and Friuli-Venezia Giulia, abroad in Argentina and California. In this habitat he found the perfect conditions to express his typicality thanks to clay loam soils that enhance his characteristic herbaceous note, which gives this wine a unique and unmistakable bouquet.

According to a hypothesis, the provenance is attributed to the nearby Albanian coasts and precisely to the small village of Kruja (Kruja) which, vernacularly, is called Troy. Whatever the origin, the first time the Uva di Troia denomination appears in official documents it is in the ampelographic writings of 1875 signed by prof. Frojo, director of the Experimental Cellar of Barletta who, thanks to a profound neoclassical culture, revived the legend of Diomede, renaming the vine then called the Grape of Canosa in Uva di Troia. In Italy, it is a characteristic grape of the Apulia Northern. The name could take its origin from a small town, Troia, in the province of Foggia. Finally, it is thought that the vine may come from the Galician-Catalan region of Rioja. This last hypothesis refers to the years of the Spanish domination in Puglia but that is not confirmed because in Rioja the black grapes cultivated are, among other things, the Tempranillo, the Garnacha, the Mazuelo and the Graciano.

It can be traced back to the Biturica grape, described by Columella and Plinio as a native of Durres, hence the name Vidure. In Italy it is thought to be a vine that comes from the Bordeaux region such as Cabernet Franc and in particular from the Gironde district in the South-West of France. Another hypothesis is that which links it to that Gascon grape variety called Carbonet. (L'Italia del vino, page 275, Andrea Zanfi, FISAR)

The origin is European and also its semantic root, where ser stands for a late character (lat. Serus - tardivo) but also means "plain at the foot of the mountains". Even the Albanian grape variety, which takes its name from a town near Durres, could originally be this grape variety with which it shares not only its semantic origin but also its considerable genetic closeness. It seems that it may also have arrived in Italy from Albania, there being some genetic affinities with the local Albanian grape Shesh i zi (black Shesh), where the white Shesh variety (Shesh i bardhë) is also found.

Widespread in France in the Rhone valley where it was preferably called serene / serine, it was sometimes and for a long time confused with the Mondeuse (called until the end of the last century Syrah or proto Syrah) a confusion that arose from the fact that both vines have like false synonymy Marsanne noire. Another hypothesis is that from the city of Schiraz, in Persia, it may have arrived in Italy in antiquity through the city of Syracuse. Other DNA analyzes have also indicated affinities with the vines of Trentino Alto Adige, Teroldego and Lagrein. In more recent times, it has spread to Italy from France (around the middle of 800) and has found an area of ​​choice in many regions, especially in central and southern Italy, but also in Florence, Lucca and Pisa, and all over the world. (L'Italia del vino, page 277, Andrea Zanfi, FISAR).

Gino LUKA he is passionate about cooking and wine lover. He wrote: Notes on Italian-Albanian cuisine - with whom he presented Albanian cuisine at Expo2015, Milan - and an Italian-Albanian Glossary “Vena". He is currently a member of Fisar (Italian Federation of Hotel and Catering Sommeliers)
In the next article: Urban Vineyards, Uva Çylek and Raki

Brief history of wine in Albania

My passion for good wine