Scutari of Albania, a city in search of ancient charm

The sharp Scutarian imprint left on the entire Albanian culture is so obvious, so as to seem invisible

Scutari / Shkodër. Photo of the tourist office of Albania

The fog that rises suddenly on the lake hides a meeting agreed between the seagulls and the head of the minor marangoni. Their chirps are also heard outside the blanket and one realizes that they have participated in a census of the species of birds that live nearby. While a small, almost rotten boat can enjoy the pension, slowly melting into the shore. He seems confused because he no longer recognizes the master of the past.

I'm visiting Shkodër but for safety, before throwing myself into the chaos of the city, I examine the lake along the road that leads to Shiroka. 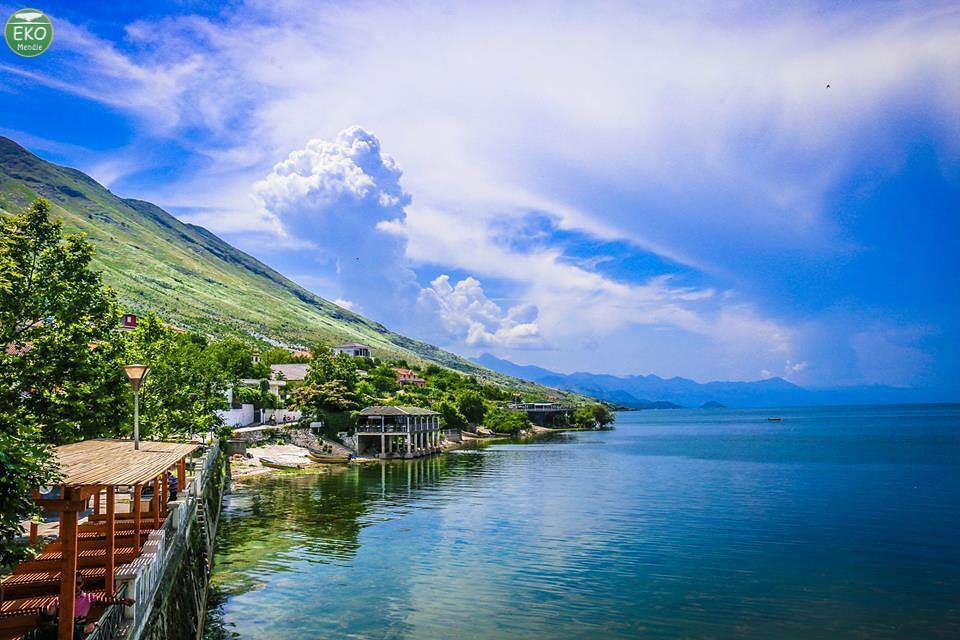 The geographical position of this city is truly fortunate: the lake, the river Buna once navigable also by important ships, fertile plains and rolling hills that surround it.

But there are also the mountains that observe it closely; as the top of Tarabosh, which reminds me of the brand of loose tobacco that was sold during the communist regime.

On the southernmost hill, it rises and still survives together with his legend , Castle of Rozafa, the fortress that once controlled the entrance to the city and seems to do so today. Because you can't pass without paying homage with your eyes and your mind to this wonder.

As a child, when studying his legend I asked myself the question: "what happened to Rozafa's son?"

He never talks about it, because the story ends while he is still attached to the breast of the walled mother. But it will be in the surroundings. An invisible king without a crown who goes around in the bazaars of Scutari, son of his word and grandson of betrayal. Because in the nefarious gang of brothers, two out of three had betrayed.

Perhaps it is down there, at the fish market, which whispers in the ear of a dishonest merchant: "Ouch, you cheated! ". A small Balkan Jesus, of the day without a home, but in the evening he returns to his petrified mother, undisputed queen of Scutari: Rozafa.

Unconfirmed rumors say she is the guardian of morality. He cannot do much but often disagrees. Sometimes her breast, which usually gives off the sweet aroma of mother's milk, splashes poison. It is a sign that injustice has exceeded the limit.

I must say that the God does not tire much in visiting his places since the distance between the churches and the mosque is only a few steps away. They are not recent constructions and from this we can deduce that religious coexistence is not the fruit of these modern times. The competition remains but never exceeds the levels of a discussion held in the bar while watching a football match. About football: the legendary football club "Vllaznia" It has failed. In those days it was better to change course to not meet his fans.

Scutari is a frontier city and the namesake lake which he now shares with Montenegro, once it was all his. You can still see the intertwining of cultures that have crossed it. The cultural heritage left by the Republic of Venice never died, even when the city came under Ottoman administration at the end of the fifteenth century.

The ancient splendor is noticeable at times because the city has experienced a long period of decline that does not coincide with the arrival of communists in power, as is often believed. The beginning of this decline must be sought in the decisions of the Lushnje Congress met in January of the 1920 and which he indicated Tirana as the new capital ofAlbania. Ironically, because Tirana was the fiefdom of the man who seven years earlier had sold Scutari for thirty pieces of silver. The city did not have to worry, it was probably ridiculed this choice because Tirana at that time was little bigger than a village. But fate plays tricks.

Massive Italian investments in the infrastructure of the new capital, both during the reign of Zog and after the occupation, changed the balance. The combination of architectural styles used in the construction of public buildings made Tirana an example not only for Albania but also for the Balkans. And the looks that once pointed to Shkodra now rested elsewhere.

All the powers were concentrated in Tirana; those of King Zog, the Italians and finally that of the Communists. Trade routes also changed, because the Italian goods that arrived in abundance were sorted in Tirana, and Scutari was no longer the point of reference.

He remained so only for an area limited to the north, until the arrival of the communists. But the worst was yet to come. Scutari strongly opposed the establishment of communist power and the latter's reaction was very hard. Especially towards the clergy who were inspired by the revolts. In the end, the communists won the day and also made the city lose the cultural primacy it shared with another city in southern Albania: Korca .

This dynamic is very painful but also fascinating. The communist regime, like all totalitarian systems, acted with the logic "I do not need what I destroy". But what the regime saved, it emerged from the borders of Scutari, penetrated Tirana, and reached the southernmost borders of Albania. Thus the legend of Rozafa no longer belongs only to Scutari but to the whole of Albania. And still today the oppositions use the words of Migjeni to accuse the majority that nothing has been done to combat poverty.

And at the opera house the legendary story of "Halili and Hajria”, A story of that area.

Not even the sweet and poignant verses of "the dream of life" of a parish priest like Ndre Mjeda who lived nearby would never have crossed the boundaries of the area, to be studied in Saranda. The sharp Scutarian imprint left on the entire Albanian culture is so obvious, so as to seem invisible.

Shkodra surrendered to Albania and was squeezed out well. Groups of actors, musicians, translators, linguists, opera singers and even the conductor of the National Opera Orchestra contributed to the birth of a new Albanian cultural path. Often some scutarini consider these characters as "renegades"But to me it seems rather ungenerous. Because even artists are not immune to opportunities.

The truth is that Scutari received much less than he gave. As it still happens; the incomprehensible disagreements between the central and the local power, for political reasons, make a great wrong to the city, which hesitates and struggles in search of a model of development that never comes. And Shkodra closes in on himself by falling asleep in the glory that he was. And he gets angry with the Albanian language standard. Because they say, it does not represent a good balance between the two linguistic variants, geg e Toske.

It may be that they are right some times, but the linguistic standard has done wrong also in other countries of the world. But the benefits always outweigh the wrong facts. In my opinion, Shkodra cannot complain, because while the other dialects orbit around the standard, she has the power to enrich it, given the hidden prestige she enjoys. Some authors of poems and stories have understood this and in this plot (standard & dialect) they produce writings of unparalleled beauty. However it is not a nasal ending or "a" that prevents the raise. The economic weight that adds weight to words is lacking.

Eh Shkodra! She looks like a noble old woman who does not believe in the transmigration of the soul at all and consequently does not want to die of being reborn. And so, every so often you do the trick.

Even when the central power coincided with the local one, little was done for this city. We need serious action because so much remains to be done. Probably the scutarini live the situation with a lot of irony or self-irony, because I know them. I would not be very surprised if from some angle this sentence appeared: "we will live much longer because we have so much to do".

In the meantime, a piece of the center was redeveloped, which the inhabitants call "pedestrian". Given the rest of the city it is small. More or less like a pair of color contact lenses that the lady put to look at each other and be pleased. But enough to imagine the ancient charm of the city and the daily life of the times gone by. It looks like a scene that Pietro Marubi is preparing to immortalize with a picture in black and white.

While in the other corner it emerges Kolë Idromeno that mixes the colors and arranges the canvases; is about to create a new masterpiece. A lame shoe shiner crosses the square trying to run. He is chasing a small thief who took away the day's takings.

Meanwhile, a humble Franciscan friar patiently transcribes (a little late) the baptisms and weddings of the week, under the singing of the muezzin. A fat merchant takes center stage. He has just concluded a deal with a farmer from the Plain of Dukagjin and now he is dealing with two others, who have come from the regions of Pukë e Mirditë. Their pride seems to fall apart in front of this character who knows more about the devil. "I know you come from far away so I want to help you. Because I am kindhearted. A goat for two meters of fabric. Two goats for a pair of shoes".

The absence of Migjeni is obvious. He will be carrying his fragile body in the suburbs, riding his bike, and his weak cough suffocates under the sound of horns.

I start towards Lezha leaving the imposing castle to the left and the river flowing slowly to the right. Perhaps it was not so silent when some ships left with the Venetian and Albanian nobles, never to return. The city had fallen into the hands of the Ottomans.

Also Marin Barleti he went away, perhaps crying because he could not take with him the legend of that fortress, which was drifting further and further through the fog.

Once down in the Italian lands he wrote a story as big as a legend, to tell the life and deeds of Scanderbeg.

I got distracted in this city and left without having tasted the scutarin carp . But I'll come back.