Investing in Albania. The most profitable sectors of the Albanian economy

Where to invest in Albania. Trade, as reported by the INSTAT data, is the most profitable sector.

The most common question of these times when one thinks of the Country of the Eagles is precisely linked to where to invest in Albania in the 2018. Which are the most profitable sectors in the Albanian economy.

Trade, as reported by the INSTAT data, is the most profitable sector.

In the 2016 the gains have reached altitude 490 million euro, almost the 40% of the entire national economy.

However, working in this sector involves a gain not related to total sales, because if it is true that there is a lot of money circulating in the Albanian trade, it is also true that the profit rate is only for 7,3%, ie for each 100 collection lek, only 7.3 lek are profitable. 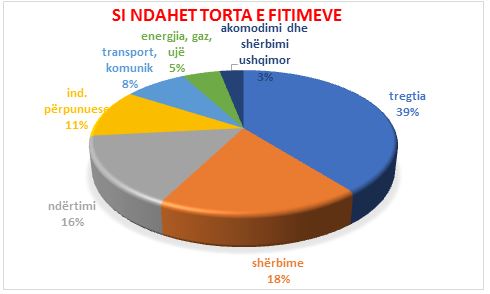 In second place there is the service sector, which has produced 225 million euro earning in the 2016 and offering work to around 80.000 people. Services, with 18,2%, offer the highest profit rate compared to other sectors as they have much lower costs to deal with.

In third place we find, instead, the building that generated profits for 195 million euro in the 2016 and offering work to around 38.000 people. After services, construction is the second sector with the highest profit rate (12,3%)

Then there are themanufacturing industry and the sector transport-communication, which they produced 18.300.000 e 13.300.000 million lek of earnings with rates of 8.5% and 9.5% respectively.

The only sector to close at a loss is that of industrial mining activities; in fact, in the 2016, they recorded a negative balance of around 2.900.000 lek.