Arbëria arrives in Tirana at the Dea Film Festival

The film Arbëria, the opera by Francesca Olivieri, is dedicated to a special event within the Tirana Open Air International Film Festival

Poster of the film Arbëria by Francesca Olivieri

A special event is dedicated to Francesca Olivieri's debut filmmaking event that takes place in the capital of Albania from 2 to 8 May.

The news was published on the facebook page of Lake Film the Calabrian cinematographic reality that distributes the film Arbëria. Meanwhile the distribution of the film continues in the halls of Calabria

The film Arbëria, the opera by Francesca Olivieri, is dedicated to a special event within the Tirana Open Air International Film Festival. The film by the Calabrian-born director tells of a return to the origins by a young Arbereshe woman, who is at the center of the film event program that takes place in the capital of Albania from 2 to 8 in May.

The 5 May at 20.00 Arbëria is in fact the protagonist of the evening that develops in the heart of the city: the huge square named after the national hero Scanderbeg to whom even the Albanians of Italy are still immensely grateful.

The event will be attended by the director, Roman actress of Calabrian origins Caterina Misasi who played the lead role, and co-star Brixhilda Shqalsi, actress of Albanian origins who now lives in Italy. 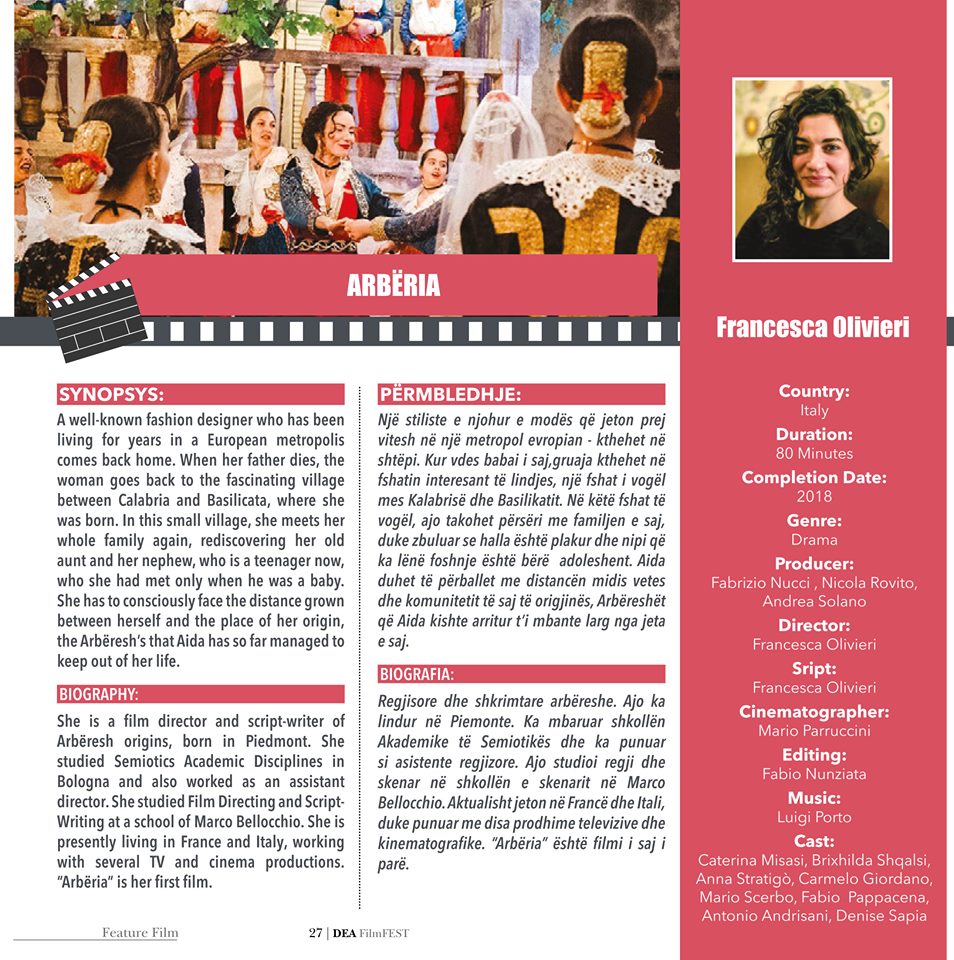 Meanwhile the distribution of the film continues in the halls of Calabria. Here are some upcoming stops in Arbëria's theatrical distribution:

Who you can read the story told in "Arbëria"

The best Sicilian cannoli? It is arbëresh