Albania, the controversy on the new media law is growing

The bill does not distinguish between online publications of the great Albanian media companies and simple personal blogs.

The 5 last July the Albanian government presented a series of amendments - the so-called anti-spam package - regarding the law on audiovisual media in Albania, thus the law on electronic communication, with the aim of regulating the Albanian "epidemic" of fake news on the net.

The legislative proposal aims to create a register of media on the Internet at the Audiovisual Media Authority and to regulate its content through an administrative body of politically chosen ethics, which will have the power to decide and apply administrative fines up to 8250 euro in the national media in the absence of respect for the vaguely defined burden of citizens' dignity and privacy.

The same ethical council will handle the complaints, corrections and the right of reply of the injured party. Based on the legislative proposal, the so-called Ethics Commission will have the power to order the publication of corrections and complaints in online media, which will appear on the web page through a pop-up page, similar to those that are used for online advertising or for phishing operations.

The text of the corrections will be drawn up by the Commission and the lack of application and compliance with it can lead to one sanction of 6598 euro.

If the online media refuses to accept the decisions of the administrative body on ethics, it may face further sanctions by the Electronic and Postal Communications Authority, which they can reach the quota of 825000 euro and that have been designed for large telecommunications operators.

All the sanctions applied by the Ethics Commission must be paid immediately and only after the actual payment the media can request an appeal in court for the review of the decisions of this administrative body.

The bill does not distinguish between online publications of the great Albanian media companies and simple personal blogs. It is assumed that this bill will hinder national journalists, effectively increasing self-censorship, which in any case remains very pervasive and widespread.

By way of comparison, most journalists earn less on an annual basis than a single sanction for one piece of news.

Rudina Hajdari: a 'Putinist' law that endangers the country 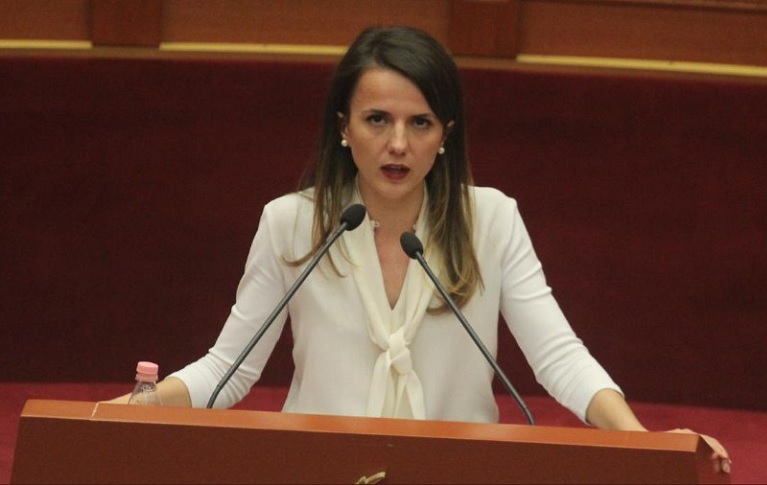 Rudina Hajdari, head of the democratic parliamentary group, declared herself strongly opposed to the amendments aimed at regulating online media in Albania and fighting fake news.

The deputy, in fact, stressed that this bill is not in line with international practices, calling it "putinista" and useful only for those in power.

"The new media law is not in line with international best practice, it does not take into account the recommendations of the OSCE and ignores civil society. A "putinista" law useful only for those in power and who leave no space for the self-regulation of the press. " - declared Hajdari.

Albania, Rama warns: if the infections and hospitalizations increase, we will go back to quarantine