The first Boeing "Migjeni" flights to Rome, Milan and Bologna were inaugurated today.

With the new Boeing "Migjeni" Air Albania will operate from and to some Italian cities - specifically Rome, Bologna and Milan - at competitive prices and with a complete service on board, including the catering service.

The first flight in the morning, preceded by an inauguration ceremony at the Rinas international airport, left for Rome, while the first flight to Milan and the one for Bologna in the early afternoon departed.

After those for Istanbul, therefore, Air Albania has officially added other flights to its offer. Further on - as stated by Prime Minister Edi Rama - to the fleet will be added the new aircraft "Naimi" (which will operate to other European destinations) and "Noli", which will connect Albania and the United States with direct flights.

Albania News has sent an interview request with the CEO of Air Albania of which we will update as soon as there will be news. 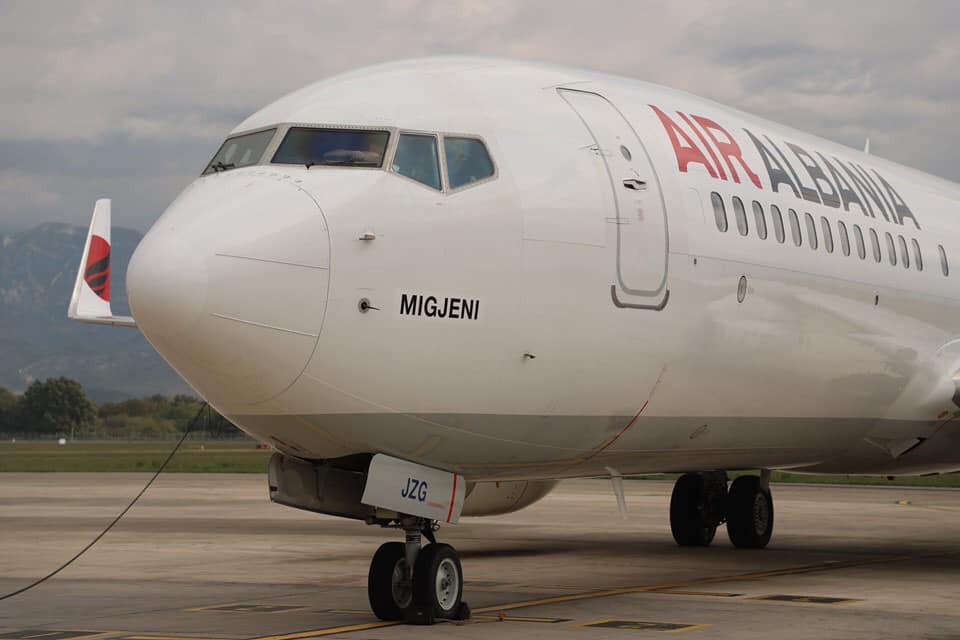 Who are the Albanian personalities to whom the aircraft of the airline "Air Albania" are dedicated?

Lasgush Poradeci - Albanian poet (Pogradec 1899 - Tirana 1988). He contributed to the renewal of Albanian poetry with his suggestive lyrics, collected in Vallja and yjeve ("The dance of the stars", 1933) and Ýlli i zemrës ("The stars of the heart", 1937). Posthumous recognition is the volume Vepra letrare ("The literary work", 1990) which collects his published and unpublished texts.

Millosh Gjergj Nikolla (Migjeni), was born in 1911 in Scutari and died in 1938 a Torre Pellice (Turin). Writer of verses and prose, he is one of the most famous Albanian intellectuals of the twentieth century.

Naim Frashëri - Albanian poet and writer (Frashër, southern Albania, 1846 - Constantinople 1900). Affiliated to the mystery sect of the Bektāshīs, which bases its religious belief in Persian "Sufism", its lyrics, in which it advocates the freedom of Albania and at the same time universal brotherhood, are pervaded by subtle veins of mystical pantheism. (Source: Treccani)

Fan Noli - Albanian writer and politician (Ibrik-Tepe, Adrianople, 1882 - Fort Lauderdale 1965). Orthodox priest, he founded the Albanian autocephalous church and promoted the use of Albanian as a liturgical language.

The mystery of Italy-Albania travel. Nobody knows anything

Minister Balluku: here are the new rules for the repatriation of Albanians who have remained abroad

Return, Rama clarifies: flight and food will be borne by travelers, housing by the government

Albania, repatriation begins. It starts with Rome. Prepared hotels for quarantine, expenses charged to the traveler.