Interview with Nada Zhiti, candidate with "Progressisti per Casale" in Casale Monferrato

Nada Zhiti is a candidate in Casale Monferrato, in the "Progressisti per Casale" list, which will support Luca Gioanola's candidacy in the upcoming administrative elections. The interview for Albania News

Casale Monferrato is a municipality of 33.727 inhabitants of the province of Alexandria in Piedmont. It is the second most populated municipality in the province, after the capital. In this municipality in addition to Nada Zhiti, there are two other candidates of Albanian origin, Ferdinant Kasa e Armando Zotaj

My name is Nada Zhiti and are of Albanian origin. I'm a lawyer and I studied law by vocation.

After high school, in fact, the decision to pursue studies in law was dictated, above all, by the desire to use the skills acquired in the course of studies to defend the people who find themselves, for the most disparate causes, in conditions of fragility.

Precisely for these reasons I decided to join this civic list "Progressisti per Casale" which operates in the center-left.

Our candidate for mayor, Luca Gioanola, wants to be the promoter of a list, in the next administrative elections, which is the expression of a modern left and government policy and which has at the base of its program themes such as work, rights and the environment.

My proposal and my goal is to create a sustainable social model that knows how to collect and resolve the demands, above all, of those who feel they are on the margins of society and do not have the resources to be active parties, in a changing reality and too often not on a human scale.

In my idea of ​​a company that is attentive to people's needs, issues such as work and the environment cannot be missing. Both are fundamental issues that put people at the center of a project that wants to maximize their well-being. Wellbeing that cannot be separated from the possibility of getting a job in line with one's abilities and expectations.

2. If you win, what do you think you propose to be innovative for all citizens?

My desire is to use the skills acquired in the course of studies in Jurisprudence to defend the weakest social groups and, above all, to place myself at the disposal of foreigners and countrymen, organizing a sort of "support office for foreigners" to enable them to obtain the necessary information to deal with integration problems.

3. Why do you think they will have to vote for you?

I am a daughter of immigrants and integrating into the Italian social fabric has not been easy. However, with will, commitment and sacrifice, I was able to demonstrate that it is possible to assert itself in Italy (in my case as a jurist), although starting from an unfavorable socio-economic situation. Will, commitment and sacrifice are elements with respect to which, for anyone who applies as an administrator, it is not possible to disregard and I have demonstrated that I possess. For this they should vote for me.

4. Being in possession of a dual citizenship, belonging to multiple cultures and speaking multiple languages ​​is a point of advantage or disadvantage for you and why?

Personally, I believe that having dual citizenship and knowing how to speak two languages ​​is an advantage. It enriches you as a person, you have a greater cultural baggage and it helps you to understand that there is also value in the mixture of cultures and that the differences can and must be overcome.

5. You are of Albanian origin. What is Albania for you?

I am proud to have lived my childhood in Durres, where I was born. There I lived a carefree and joyful childhood. Albania for me is a beautiful, interesting nation that has not yet expressed its full potential. It has beautiful landscapes and has a rich history of culture to be discovered. I live in northern Italy and, at times, I miss the Durazzo climate

6. Do you care about polls? What do they say about the list you signed up for?

In my opinion, surveys are not important, as I do not attach great value to the final result. What matters, when you do things with passion is the path: in this experience I met wonderful people, united by the desire to make a contribution to improve their territory. The interpersonal relationship between the members of our civic list and the people who have provided their support in this adventure has a very high value and far superior to the electoral victory.

7. Don't you think they only chose you to draw on the votes of your community?

Absolutely not, because I chose a progressive civic list that enhances my skills and my professional skills and that I can put at the service of the community in which I live. A mutual exchange, in short.

8. What do you have to say to the other candidates of Albanian origin who compete in other lists?

I believe I can best represent the Albanian community, and not only them, of my territory. 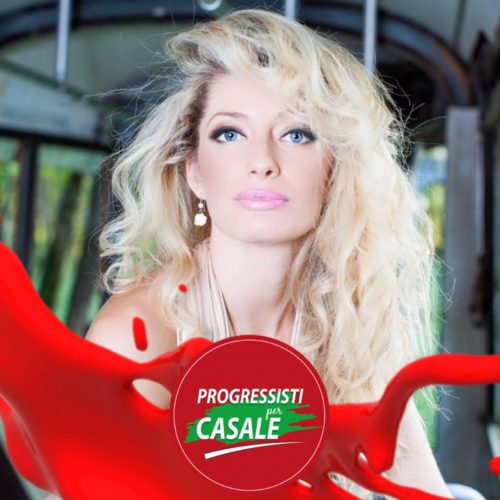 Administrative 2019: Arli Dervishi elected to the municipal council of Almese (TO)

Anilda Ibrahimi: No to the reserve army for the dispersion of the votes!

Aleksander Muzhani: My motto is "Equality and dignity in legality"