In support of the COVID-19 emergency, some Albanian entrepreneurs from the province of Treviso donated 11.000 to the Veneto Region.

The President of the Veneto Region, Luca Zaia with one of the Albanian entrepreneurs

The President of the Veneto Region, Luca Zaia, today received some Albanian entrepreneurs - from the city of Treviso and the Province - who donated 11.000 euros to the Region in support of the COVID-19 emergency.

Zaia: thanks to these guys for the sensitivity shown

"Today I received some entrepreneurs from the Kosovar-Albanian community of Treviso and the Province who donated 11.000 euros to the Veneto Region account as a sign of solidarity and support for the Coronavirus emergency.

Many thanks to these guys for the sensitivity and solidarity shown towards Italy and the Venetians.”- reads the caption accompanying the photos published on Facebook by Zaia himself.

The group of entrepreneurs had already been received in mid-June in the municipality of Treviso by the mayor Mario Conte, who had publicly thanked them:

"It is a gesture of solidarity that testifies to the proximity of a community that has embarked on an important path of integration and collaboration. " - said Conte at the end of the meeting.

Almost 50.000 citizens of Albanian origin (around 37.000 from Albania and 12.000 from Kosovo) reside in Veneto, the fifth largest community in Italy behind Lombardy, Tuscany, Emilia-Romagna and Piedmont (ISTAT data 2019). 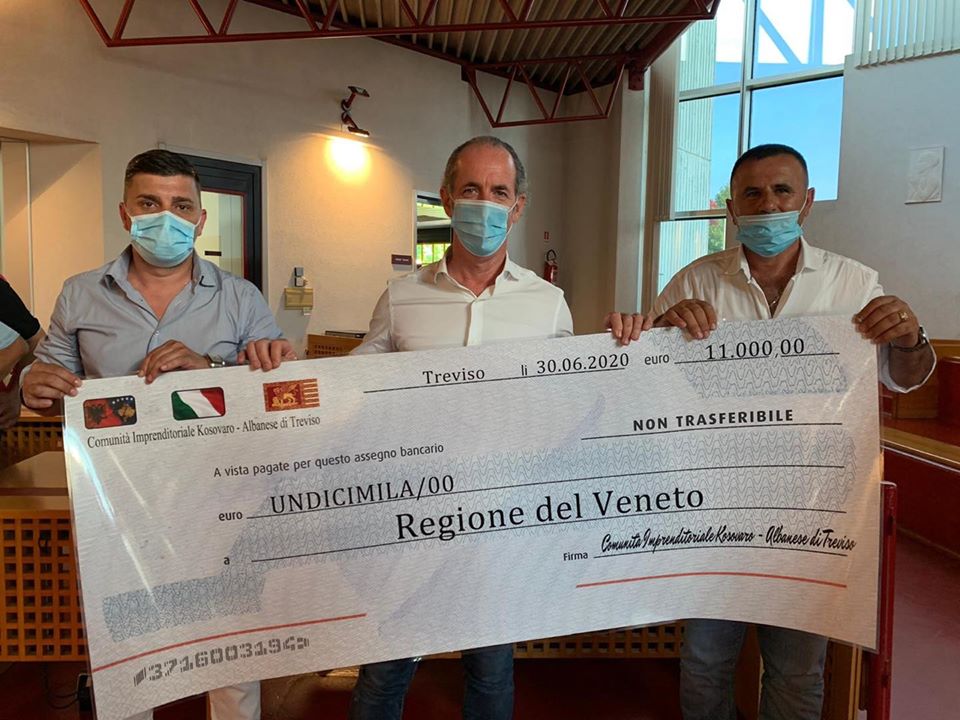 Authors among the desks: Darien Levani and Elvis Malaj talk about Albania

Albanians in Italy: a fresco between pain and a desire for revenge

Scanderbeg's weapons: not only in Vienna, but also in Venice

The Albanian community in Italy: from integration paths to examples of active citizenship