The November Festival ends in Parma

Independent Women Forum, women that reflect all their nuances, last November in Parma, they shared a month full of events and lots of energy.

"It was a particularly exciting meeting for several pleasant reasons. That day the Albanian language school "Scanderbeg Parma" had organized an open class day where the teachers of another Albanian language school in Asti were also invited, part of theAssoalbania Association - Piedmont and the president of it Hasan Bulçari. Furthermore, the representatives of theMother Teresa Association - Modena . An opportunity to celebrate Albania in Parma during its festive month, where Independence Day is remembered all over the world.

I arrived towards the end of the lesson and witnessed the most beautiful moment; that of interpretation with the hand on the heart of theAlbanian National Anthem by children. Together with them, my son from 11 also sang the hymn excitedly. I noted with great pleasure the immense work done by all.

The presentation of my books is immediately followed in the Piccoli Labirinti - Parma bookshop. It was the first presentation with all Albanian speakers, with the exception of one in Milan in the 2015 with mixed speakers; Italians and Albanians. I was also very excited because the audience was at 98% composed of Albanians. The event concluded with the greeting of the president of the "Independent Women Forum" Marsida Mehdiu and Mrs. Elvira Lashi. Great honor to have the president of FNAI, professor Ndue Lazri, as exceptional speaker. The questions were very well chosen by those present and I hope they have been happy with my direct and sincere answers.

A question that made me think and that I think contributed in some way to the writing of my novels concerned my profession; that of the construction engineer. I had never thought about it but perhaps unconsciously my being an engineer puts order in the narrated scenes.

I would like to highlight a particular moment, beautiful, when a boy born and raised in Italy, Kristian Zefi , he played the çifteli. Chills! I felt at home, Albanian hospitality never contradicts itself! A warm thank you goes to the president of the Association "La Svolta - Bologna" he accompanied and supported us during our stay in Bologna and Parma.

Would organizing women's work be a good thing? How do you feel about it and what did the meeting with the Forum leave you?

The strength of women is immense. The woman is strength, tenderness, tenacity, firmness, love, beauty ... Let us imagine then the strength of women when they are organized in different associations! They become unbeatable! This is why I think that organizing the work of them is not only beautiful but important in the struggle for their denied rights in so many countries of the world and in the one against gender violence. Seeing these wonderful creatures of the "Independent Women Forum" and their skill made me feel proud to have been among them and to have known them.

The most appropriate adjective for these women ..

Many adjectives come to mind and I could list about ten, all beautiful. Instead, I would like to write an evocative phrase, the banner of the struggles in which the women of yesterday and today are busy. A phrase contained in my novel "Abducted Virginity", said by comrade Estref, the party secretary who brutally raped Mira, the heroine of my book:

Here, this sentence is spoken by the rapist of Mira and this is the moment of the great change; the tormentor who is afraid of his victim, who becomes aware of not being weaker and alone, but strong, winning and courageous. As are all women. "

Following a strong reason why the women of the Independent Women Forum continue with the denunication and testimony, their second event of the 15 Novembre entitled "La libertá é donna" becomes a voice that gathers them all. A meeting on the occasion of the world day against violence against women. "Because we live in a society with patriarchal behavior. The courts reflect a society that leads to double victimization. And, as it happens all too often, it is never enough to say enough about this. Raise the voice suffocated by ignorance and indifference so as not to arrive at the predicted tragedies. ”They say. With the participation of Simonetta Petrantonio in a spectacular painting and painting exhibition Rozeta Lami with his photography exhibition "Beyond the body - beyond the body."

You could not finish this November without celebrating that occasion for which every country is proud. Albanians remember the 28 Novembre 1912, independence day!

"Let's dance with the Eagles" another event that follows.

And to end with a flourish, a dinner with baklava and joy. 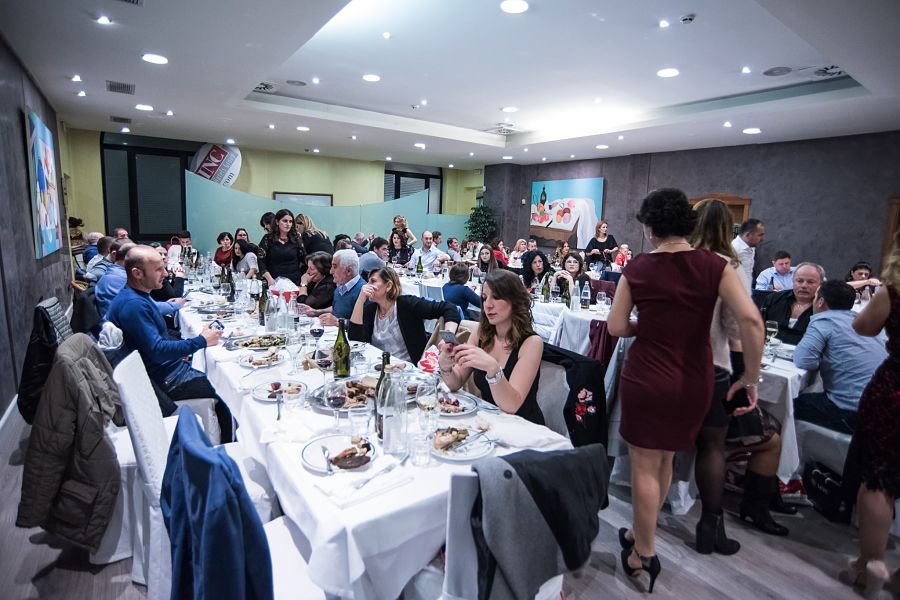 Characters of an international caliber like Liliana and Rexhep, who have trod the stage of the world, once again with elegance introduced in the costume and their movements, have generously shared the art. An unforgettable show for adults but also for children. Generations that meet in the traditional Albanian dance that flow into a November to tell. 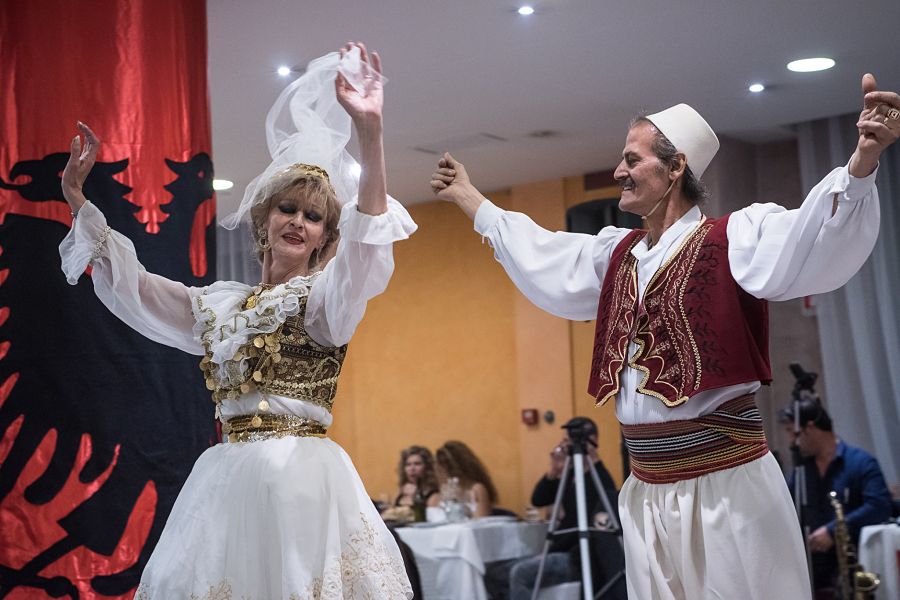 "A thousand stars" in costume a wave of joy.

I would say a unique opportunity to share the passion for music, dance and pass on customs and customs to the new generations.

All around women, all for women. Bravura, freedom, tenacity, tradition, denunciation and courage: these are the topics dealt with in the path that the Forum has openly shared with everyone, women of all ethnic groups who live in the Parma area, friends, onlookers and acquaintances.

But above all to give voice to those who don't have it.