Give a toy: the initiative of "The other shore of the Adriatic"

With the approach of the Christmas holidays, the initiative for the collection of new toys and stationery has reached its ninth edition and is organized by the ASA, L'altra Sponda dell'Adriatico, an association of solidarity and cultural diffusion , with the collaboration of the honorary Consulate of Albania in Liguria for the children of the hospital wards and institutes in Albania.

Until Wednesday 28 December, the gifts can also be delivered to the Berio Library in Genoa (via del Seminario 16), where it will be possible to find a special container, and to the International Library for children of Amicis (in via Magazzini del cotone in the ancient port) . 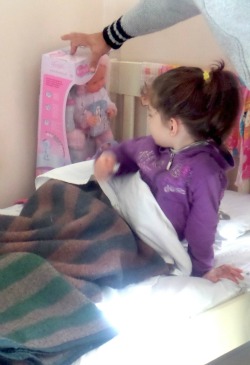 The approximately one thousand toys collected this year (new and unused) are already in Albania where during the festivities they will be delivered in the south of the country, to Berat (Philippine pie school), to the pediatric structure of Vlora, and finally to the school near the Roma village of Pogradec where children will receive gifts during a Christmas play.

In January, instead, ASA volunteers will go as usual to bring gifts to the hospital in Tirana, to the special school in Durres, and to the children and teens of the Roma village of Lezhe.

"It is enough to go to the Berio or De Amicis Library in Genoa to give even just a pack of pencils, or markers, a pretty pen, a notebook, or a toy - explain the organizers - the stationery will be placed inside some backpacks that we will deliver to a part of children, so that they can have, besides a game, also a school supply.

We thank all those who have helped us so far: schools, shops, but above all friends who follow us through word of mouth and social networks for many years.

Parma, a November full of events from the Albanian community