Photo competition 'Identity and cultures of a multi-ethnic Italy' 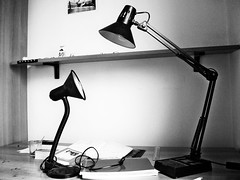 In the last decades an increasing number of people from different backgrounds and cultures has arrived in Italy and has contributed to creating a different image of our country, no longer dominated by a single culture and identity, but by a multiplicity of voices and experiences .

The photo contest "Identity and culture of a multi-ethnic Italy", promoted by ONLUS Immigration Project, was born with the intent to stimulate the reflection of Italian and foreign citizens, through a visual journey, on the theme of immigration often treated in a simplistic way. stereotyped.

Through the photographic medium, the participants will be able to express their point of view on the changes undergone by our society and share their idea of ​​"integration".

The competition is part of the "Knowledge for integration, Integration for Security" campaign promoted by the Immigration Project Today, sponsored without charge by the Prime Minister's Office - Equal Opportunities Department, by the Ministry of Foreign Affairs, since Ministry of the Interior, from the Ministry of Labor, Health and Social Policies, the Lazio Region - Department of Social Policies and the Italian Red Cross and implemented thanks to the support of ITC (Interpreti Traduttori Consorziati), ANFP (National Association of Police Officers) e Immigration Study sas.

Participation is free and open to all, Italians and foreigners.

The photographs can be sent starting from 15,00 on Friday 24 April and will be included in the virtual Gallery of the site www.immigrazioneoggi.it .

From the 1 July to the 20 September 2009 the phase of popular online voting will open. A technical Jury will designate the absolute winner by identifying it among the first top-rated 30 competitors; a special prize will also be awarded to a young foreign photographer, even if he is not among the first 30 photos.

The chairman of the technical jury is the television presenter Massimo Giletti.

The award ceremony will be held in Rome in October. The winning work and the first thirty selected photographs will be printed by the Organization and displayed at the awards ceremony.

For more info on the competition: www.immigrazioneoggi.it

Albania, the former mayor of Vora arrested (and freed)

Albanian Constitutional Court, Meta President and the recommendations of the Venice Commission to Albania