Santa Teresa: daughter of Albania and mother of the world

A conference to commemorate Mother Teresa: "His greatness lies in the ability to give without calculating the costs"

The Institute of Spirituality in collaboration with the Embassy of the Republic of Albania to the Holy See wants to commemorate the 23 October 1997, when Archbishop Henry D'Souza presents the question to the Congregation of the Cause of Saints for dispensation from the norm to have to wait five years after death to start the Diocesan inquiry into the Life, Virtue and reputation of Holiness of Mother Teresa. 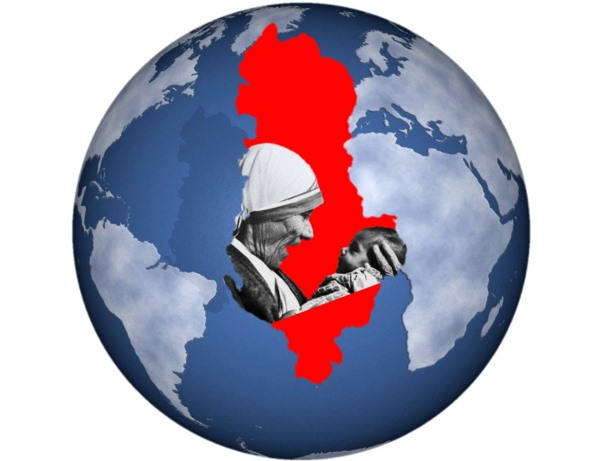 This year is also the third anniversary of the canonization of Mother Teresa of Calcutta, who became the 4 September 2016 saint. On this anniversary it was organized at Piana degli Albanesi, the 5 September the concert "Nëna Arbëri" strongly wanted by Albania.

Mother Teresa was born in Skopje in the 1910 carries on her work for the marginalized in India. As a young nun she asked to leave the convent and go to the degraded suburbs. In the 1950 he founded the Missionaries of Charity. Today there are about 5.300 religious throughout the world.

To the vows of poverty, obedience and chastity the Order adds the commitment to live as a poor among the poor. Mother Teresa creates homes for the sick, the elderly and abandoned children. In the 1965 Pope Paul VI allows the Missionaries of Charity to operate outside India.

The fame of Mother Teresa spreads and the greats of the world come to visit its facilities. She says of herself: "I am only a pencil in the hands of God". In the 1979 he receives the Nobel Peace Prize. She refuses the festivities and asks for the money to go to the poor of Calcutta.

Wojtyla he meets her on several occasions. She will say of her:

"His greatness is in the ability to give without calculating costs."

From 1991 gets sick: pneumonia then heart problems and malaria. 5 September 1997 dies and India pays state funeral.

John Paul II starts the process of beatification without waiting for the 5 canonical years of death. The 19 October 2003 proclaims her blessed.

Rome, the 15 December concert to present the CD Saints "Teresa of Calcutta"

In Quinto di Treviso a monument dedicated to Mother Teresa