The 38-year-old from Prizren has been a member of the Grand Council of the Canton of Lucerne since 2011.

On June 23, Ylfete Fanaj will be appointed president of the Council of the Canton of Lucerne for the designated period 2020/2021.

The 38-year-old from Prizren, Kosovo has been an integral part of the Grand Council of the Canton of Lucerne since 2011; however, her political career began a few years earlier, in 2007, when she was first elected to the Lucerne city council on the Social Democratic Party (SP) list. Last October, however, she was elected vice-president of the Council of the Canton of Lucerne.

"It is an honor for me to take on this role. I am happy to represent the city and cosmopolitan part of our canton. " - reads on its website. 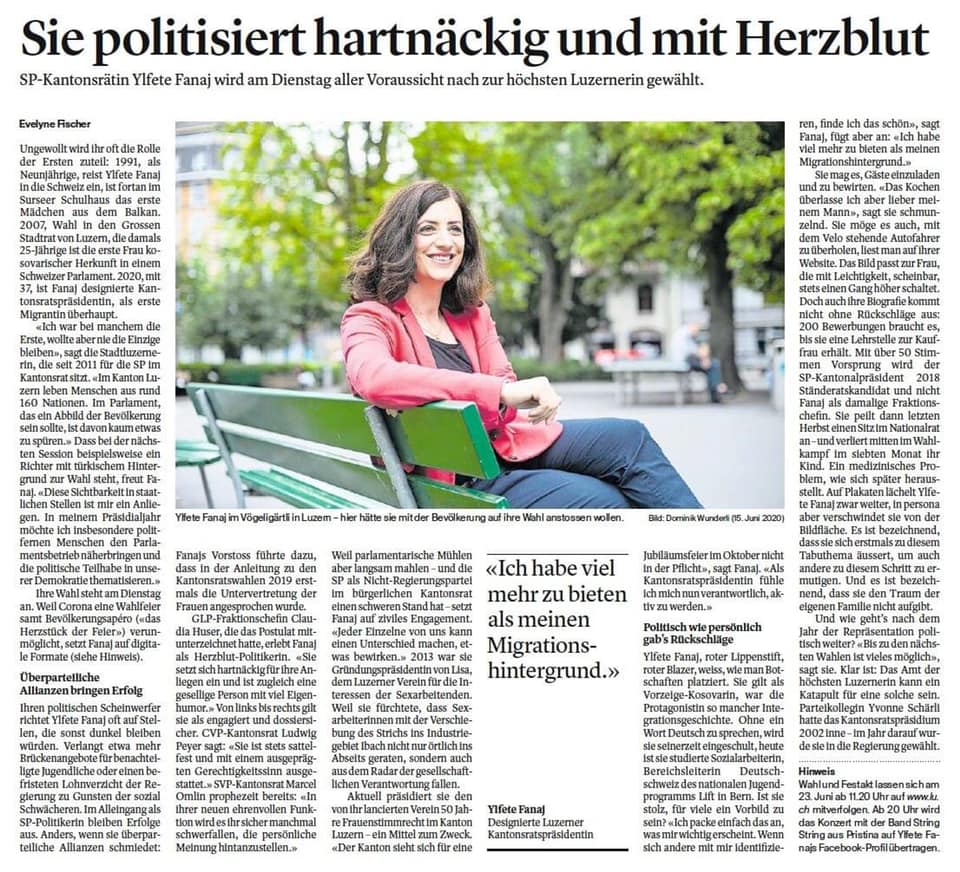 Ylfete Fanaj was born in 1982 in Prizren, Kosovo. In those years his father went as a seasonal worker to Switzerland, where soon the whole family moved mainly due to the political and social crisis that was breaking down in Kosovo in the early 90s.

She attended the university of applied sciences in Lucerne, where she graduated in social sciences. As a social worker she has dealt with issues concerning mainly young people, from integration to addictions. The focal points of his political program derive from this training: that is, gender equality, equal opportunities and the protection of fundamental rights.

It will be the first Albanian-born policy to play such an important role in Switzerland. Her mandate as President of the Council of the Canton of Lucerne coincides with the fiftieth anniversary of the introduction of the right to vote for women in the Canton of Lucerne:

"Being the woman with the highest position in the Canton of Lucerne, 50 years after the introduction of the vote for women, represents a great responsibility and something special for me.

That's why I started the association '1970-2020: 50 years of face rights for women in the Canton of Lucerne "which will take care of organizing many anniversary events."- reads his website.