There are exceptional people who inspire confidence in every area in the western Balkans - young activists who want cleaner air and a greener region; women committed to reaching the common European future and fighting for a greater role in conflict resolution.

All these people with great ideas, skills, talent and determination will play a significant role in promoting the EU accession process in the region.

"Europeans who make a difference" is a campaign of the European External Action Service (EEAS) dedicated to the people of the western Balkans. Today we present the story of the two internationally renowned twin scientists from Albania, Detina and Argita Zalli, and of the young mountaineer from Kosovo, Mrika Nikçi.

Science was our salvation, it opened our horizon to do something bigger

The Twins Detina e Argita Zalli they emigrated from Albania to the United Kingdom at the age of thirteen.

Today they are internationally renowned scientists who lecture at Harvard, Oxford and Imperial College.

Through their project "We Speak Science", connect students and scientists from all over the world.

"If you really want something ... you can move the mountains!"

With a passion for the mountains that dates back to his childhood, the mountaineer from Kosovo, Mrika Nikçi she became famous because she is the first Albanian and the youngest girl in the world who has climbed all seven peaks (Seven Summits) - the highest mountains for each of the seven continents of the Earth, at only 17 years old.

She climbed with people from all over the world, events that led her to understand that in the mountains they are all the same.

Europeans who make a difference

They climb the highest mountains, excel in science, fight for human rights and move the boundaries in every field by opening the doors to others.

They do different things. What unites them is their talent, ability to recover, courage, commitment and impetus in the fight to defend human rights, protect the environment, empower and help others.

And you can meet them in the heart of Europe, in the western Balkans. They do what they love and care about. They look at how to inspire the new generations to work towards a stronger, more united, fairer and more prosperous Europe.

They are the leading women in the western Balkans. It's the Europeans who make the difference! 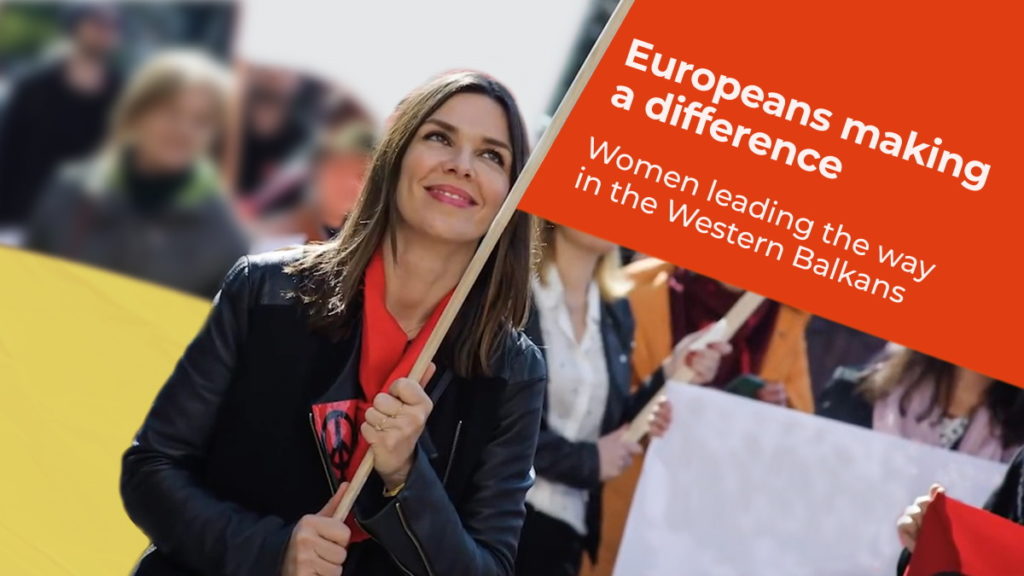 Iljaz Vrioni: a life of diplomacy at the service of the homeland between Tirana and Paris