Eugert Zhupa, the professional cyclist who dreams of a Giro d'Italia in Albania

In an interview for Albania News, Eugert Zhupa tells his life as a professional cyclist. Also give some tips on how to develop this sport still neglected in Albania

I interviewed Eugert Zhupa, many Albania champions of road cycling and the first professional cyclist in the history of Albanian cycling.

This year he participated in the Giro d'Italia where he was among the most active protagonists, always very combative and ready to jump into the breakaway turn. Born in 1990 in the province of Durres, at 6 years he moved to the province of Reggio Emilia where he grew up, he is his passion for cycling. We had a chat and talked about many things, cycling - surely - but also integration, Albania, immigration, identity.

Zhupa she is the first professional cyclist in the history of Albania, she did not win the championship this year because she broke her hand a few days before the race, but she won almost all the previous ones and is a national time trial champion. How does it feel to be the undisputed ruler of Albanian cycling?

Cycling in Albania is followed by few and practiced by very few, no doubt for those few who follow it or the boys who practice it I am a kind of example and many dream of running the races I am running. In a sense, I'm making history and this can only excite me because I'm doing just what I wanted as a child. During the first few years of my career I felt the weight of this primacy of mine, it seemed to me to be a bit like Garibaldi in Albanian cycling, now I'm getting used to it.

It's a shame, though, that people don't really care about cycling, because considering how hard we have our heads and how we can achieve our goals with determination, in this sport that is both leg and hard work but above all, Albania could bring out several talents.

About talent is something moving in the Albanian scene? are you in contact with the federation?

Yes, with the federation I often speak, and I try to give them some ideas on how to make the kids grow closer to cycling. Often I am not understood especially when I tell them of the need to send boys abroad, to Italy or to other places where the cycling tradition is more alive, where to grow the passion that is difficult to create in a context where very few practice this sport. But in any case something plan is coming out, now there are even women who ride a bike and I consider it a great success. There is still a lot of work to be done to improve the whole scene, but something is moving.

This summer while I was doing my usual tours in southern Albania I was thinking how nice it would be if the Giro d'Italia made some stops in Albania. Even for tourism it would be a nice boost.

Yes definitely. I always say to the Federation that it is necessary to try this road, although the costs are actually very high, we would have an incredible image return. We could show the whole world, because the tour follows him around the world, what beautiful places we have. There should be the political will to adopt such a strategy.

Maybe we start a petition to Edi Rama.

Look, what does it mean to be a professional cyclist?

The first words that come to mind are sacrifice and effort. Cycling is that, a very hard sport, very different from other sports. It's a sport that takes your whole life, it's not just about hard workouts, tough races, it's all you have to adapt to your being a professional cyclist: diet, schedules, everything. In the bike it's just you, you can't give yourself the change. When you go around Italy you have to do 20 days at all times and there is only you and your bike. It is not a sport for normal people.

And how come you instead of dreaming of becoming rich and famous playing soccer like everyone else, chose this crazy sport of sacrifices and iron diets?

For passion. And mine was born when I was very young, when my father, who worked in Italy, sent me a bike with wheels, I was two, and I only had it in the village where we lived. When I walked around the streets everyone asked me. Then I started making gods USEFULL, and this passion was born from there. When I came to Italy, my father took me to play soccer, I liked it too but it wasn't my passion. I insisted with the bike but my father didn't want to know until one day we made a bet with him and one of my neighbors: if I could make a climb near our house a little steep with my bike close, they would join a cycling team. I made an absurd effort, at one point I was about to give up but I succeeded. And from there it all started.

He was small, at what age did he start?

I had 10 years. I was very happy, I slept with my bike in my room. At first I often hurt myself because I couldn't undo the shoes, I fell so many times, I was always bloody. My parents at one point wanted to throw away my bicycle, but I threatened to leave home and from there they understood how strong my passion was. Then I started winning the first few races and my father started to get excited. Now our house is a kind of museum, trophies, medals, photos.

About his father, it occurred to me to have read in his column "Zhupa of the Day " , a diary of his Giro d'Italia which he held up BIDON , a beautiful thing that says, talking about his family. He writes: I feel privileged compared to my father. A feeling that unites all of us so-called second generations. I had the way clear - he says, while what did it mean for his father, for our fathers to arrive in a foreign country?

They started from scratch, just to start the sea journey, with so many people who died trying to get to Italy, then to get there, find a job, alone, without anyone. Then the Albanians did not enjoy this great fame for a long time. They lived a terrible life, all the money they earned was trying to send them home to their family, no fun, just work. It was all very hard, I dare not think about it. I arrived quietly, with the documents, I went to school, I started cycling. I have certainly had a privileged life. The only thing I had to endure is a bit of racism. I remember that they told me that you Albanians are all the same, I mean things that are not good and I replied "well I will be the first Albanian that the newspapers will talk about".

In an interview I read, they asked her the question we all heard: but do you feel more Italian or Albanian? How boring. I won't do it too, I'll make it a much more difficult one: how do you find your own identity in this mixed thing, which we inevitably were born there and raised here?

Unfortunately people everywhere look at their own country as if it were the best in the world, even in cycling it is a bit like that. I realize that it is more difficult for me to find a team and make my way, there are many prejudices and I am the first Albanian professional. The slogan "first Italians" also applies to cycling, unfortunately. Even if I have citizenship and I grew up here, I still remain an Albanian. For us it's harder, in the end we are in a territory that we like to consider ours, but we will never be considered Italian, perhaps not even our children. But it is more satisfying for me to achieve my goals by doing three times the effort of others. We must react in life, if we do not rebel against this we will never achieve anything in life.

Feel my personal curiosity: she does "dirty" work, is a gregarious in the service of her team captain, a heroic figure (at least for me), when the stages are very long and she has to struggle to bring her captain up or when goes on the run and pushes hard on the legs and the hairpin bends never end, what do you think?

See the void, really. You can't wait to cut the finish line. Don't connect, really, you don't know where you are, what you are doing, you see the void. It's a strange feeling to explain. Our body - I have discovered in recent years - is capable of doing absurd things. The problem is the head, which must always be connected with the body.

You have finished the round, 21 very long stops, some endless ones, what did you feel at the last goal? Have you ever thought of giving up? And what's the best thing about your ride?

In Rome I also tried to win the stage, actually. I was proud of myself for having finished a hard lap for me. I had a special role this year, my team captain was a sprinter and I had to be with him. In the stages where I could aim for the stage victory I had to be with my sprinter, I felt a bit castrated. When I tried my course, I had ultimatums from my team, so it was very hard mentally. He could give me this ride so much, but I was held back.

"The future is uncertain" he wrote in one of his last posts. Where will he run next year? And what do you dream for the future?

My goal is to make the 2020 Olympics with the shirt of Albania. So I will try to find a team that will allow me to achieve this goal. My dream would be to make a stop on the tour of Italy in Albania and win there with everyone who cheers me. For me the greatest emotion of my life was when the tour arrived in Reggio Emilia and there were all the people waiting for me, I grew up there, I live there, everyone knows me. it was wonderful. Here is a dream of this kind with a stage in Albania of the tour, which I win in a triumph of Albanian flags.

From the editorial office 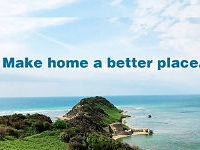 The Albanian diaspora in the United States "discovers" the local government