"Broken" was funded by the QKK National Albanian Film Center, the General Directorate for Cinema of the MIBACT, the Macedonian National Film Agency.

Di Edmond, the great Adele's dad, we know everything, being in Albania a myth.

Adele instead we met her for the first time, in Rome. 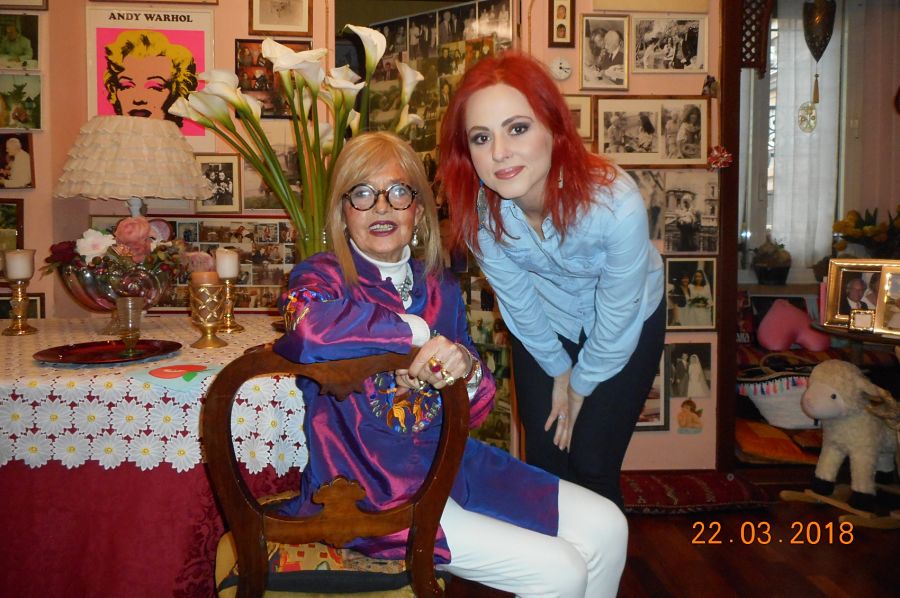 Usually one judges the person who was not previously known by his outward appearance. We immediately asked her if she was an actress as well as a producer.

High 1.75, slender, porcelain complexion in a decidedly beautiful face. Deep brown eyes, fleshy mouth, very white teeth, red hair. In short, a young woman who certainly does not go unnoticed and whom we imagine to parade on a catwalk of high fashion.

But she blushes at our observation. It soon becomes clear that he is rather shy. Even compliments embarrass her a lot.

And this is where we begin to discover who the real Adele is. 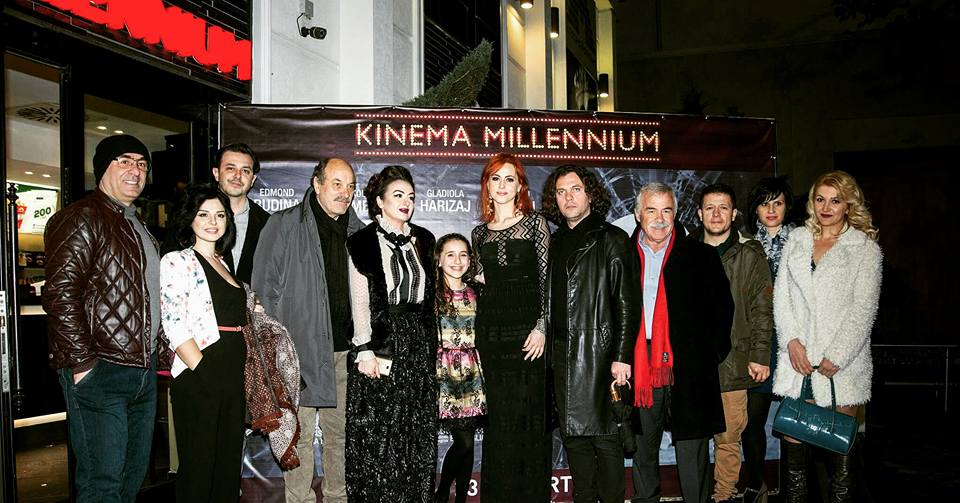 "I don't think I can define myself, I'm a human being like everyone else.

"I am reserved, basically shy. Perhaps this is to be traced back to the past which was too hard for me. When I was 6, I cried every night for the inconvenience of being in Italy in a totally different situation than I was used to. While in Albania we were privileged, here we lived with a certain narrowness, in a small house.

I had just started school, but I felt isolated because Veneto was quite closed at the time, they didn't know foreigners so they kept me at a distance. Then grandmother, to whom I was tremendously tied, was very ill and I suffered from it. This does not mean that I am a substantially optimistic person.

Even if I don't like social life. In the evening, instead of going to the disco, I prefer to read and write ".

How do you reconcile the life of a film producer, projected towards an ephemeral world, made up of worldly meetings, frequenting artists and celebrities, gossip parties, with the almost lonely one?

In fact, two souls live together in me (zwei Seelen in einem Brust). The one who likes contact with people, watching their way of imposing themselves, fixing their eyes to be able to start fantasizing, to imagine their world, to imagine what their life is like. This possibility gives me the production of the films ".

I like and worry at the same time, because the waiting periods are too long. I follow the whole production process of the film, from the birth of the subject, the screenplay until it is shown in the cinema or on TV. And it's a very long time. Sometimes even four years pass.

In order not to be annihilated by these endless expectations, we need to have strong nerves. And I have them, fortunately. "

And the other I, the inner one, how is it?

I like introspective life. For this reason, after taking a test in medicine and psychology, which fortunately I won (200 places were registered for 5000 people) I entered university in psychology. I love it, I read continuously texts by authors I love as Carotenuto or Alexander Lowen, The father of bioenergetics and of course Jung. Reading them makes me feel good.

When I don't read, I write. Every day the diary, which is my form of psychoanalysis self.

When you were six, did you come to Italy for the first time? What do you remember then?

Going to Italy was a dream for me. My maternal grandmother always talked to me about her, who was Italian but forced for a long time to live in Albania because of the political situation.

But when we arrived in Italy it was a shock. As I told you, the change was devastating. Also I saw in my grandmother's eyes, that I adored, the disappointment, the suffering. Soon the happiness with which we had prepared, disintegrated. My grandmother, due to the great pain, became ill and died soon after.

I was born in Tirana, daughter of Edmond an Albanian artist, who taught at the University, was an actor, a director of both theater and cinema, a member of the Artistic Council of the National Theater of Tirana, he contributed strongly to the revolution in Albania. 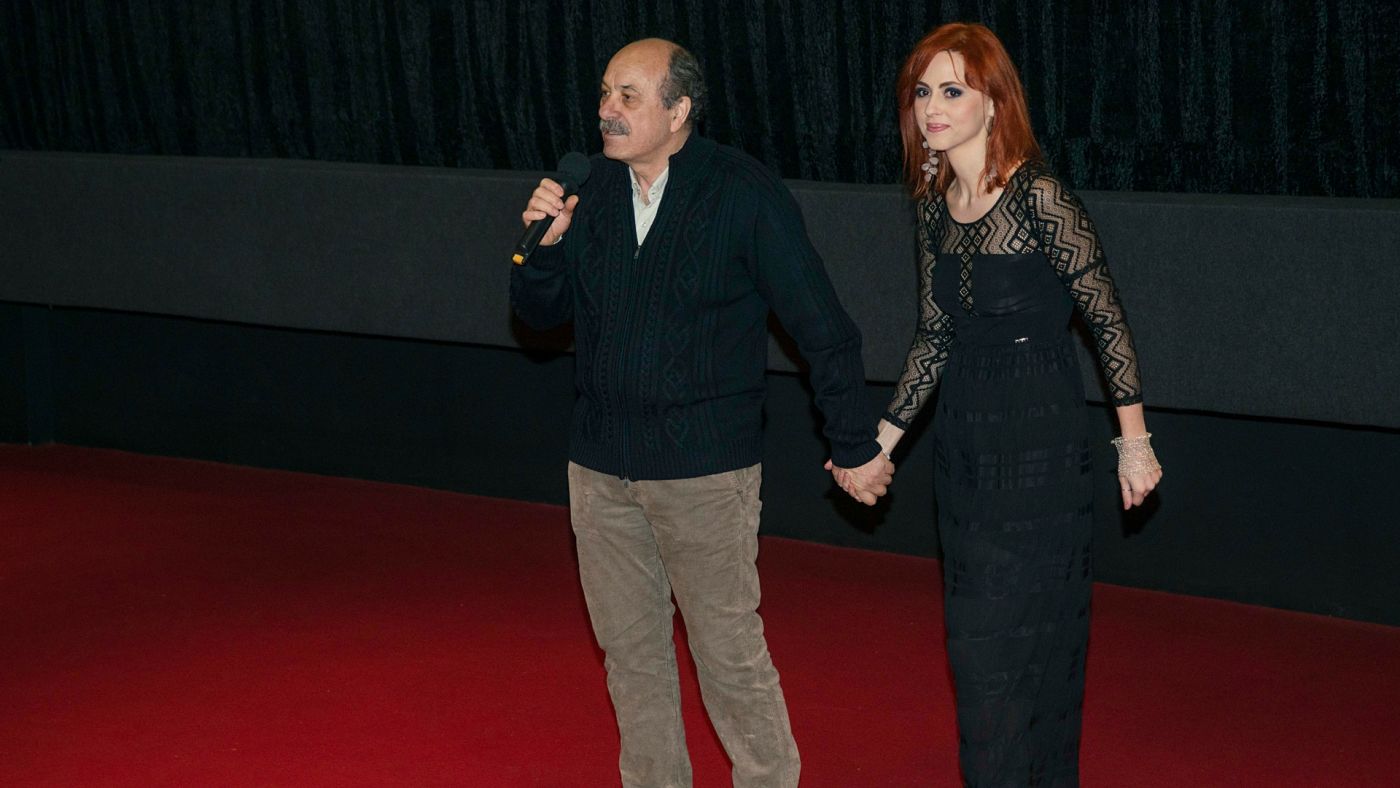 In the 1990 he was among the country's best-known 40 intellectuals to meet President Ramiz Alia to discuss the democratization of life in the country. Among hundreds of professors, he was then chosen by university students as one of the 5 professors to represent them by the President to demand political pluralism in Albania. He later founded the Albanian Democratic Party, the first opposition party to the communist regime.

He was therefore also engaged on the political front in the last period. But at some point he resigned and joined us in Italy. I'm not sure what the real reasons were because I was too young to understand then. I grew up in this environment.

Grandma's story is very interesting. The grandmother was Italian, married to an Albanian lawyer who worked in Rome. They came to Albania almost by accident, to stay only three days, for emotional reasons: to pay tribute to the grandfather's brother, a partisan who fell into the war. It was 1l 1946. Just then the regime closed the borders, so my grandparents had to stay in Albania against their will because their home their work was in Italy.

We moved to Italy in the 1991. For an operation called CORA programmed by the Ministry of Foreign Affairs and the minister Boniver repatriation operation of the Italians left in Albania, we were the first Italian family repatriated from Albania.

Then they boarded us on a military plane that landed at Ciampino, which was then only a military airport. From there we were lodged at the Quirinale. I remember very well the President of the Republic Cossiga who took me affectionately by the hand to let me visit the most famous rooms of the Palace and told me that the Quirinale had 1111 rooms. I gasped. I had 6 years.

Then they took us for two weeks to the Hotel Ergife in Rome, after which they had promised us that we would go, for another two weeks of vacation, to the Veneto until both the house and a job were ready. The commitment (then not maintained) was that they should have given my parents the same conditions they had in Albania.

In reality those two weeks of vacation turned into a grueling year spent in a small pension. It was then the Veneto to welcome us. We were transferred to a house in Bassano Del Grappa. My dad joined us a year later in the 92 and started working as a factory worker.

But even when he worked at the factory (8,9 hours a day) he made his first film, among other things Italian-funded by MIBAC, "Letters in the wind", Manufactured by Donatello Palermo who won the quality award, worked on TV like "Un posto al sole".

What does your father mean to you?

A person who gave me everything. I couldn't hope for a better father. What I know today, I am I owe also to him, but mind you they are not his narcissistic extension, I only say that Dad gave me so much on a human level. 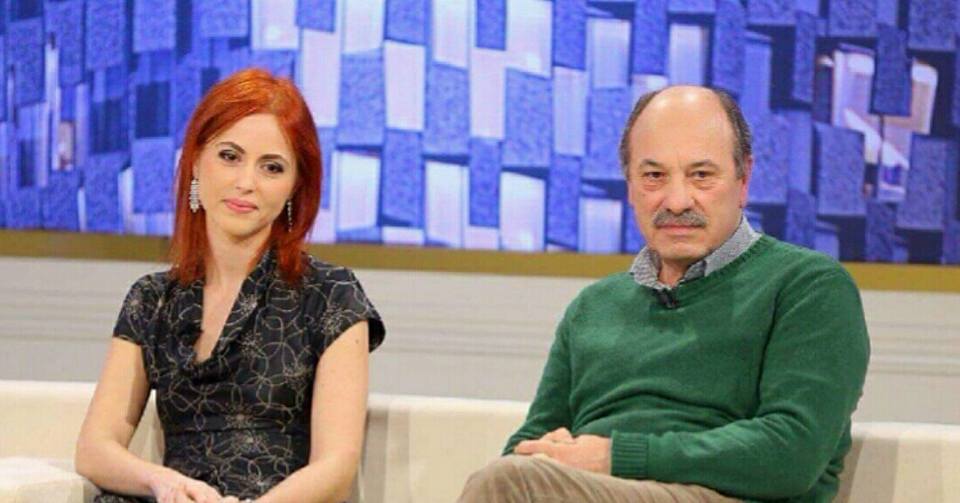 How was he in Bassano?

Bassano is pretty, I like it, but the sky is always gray. So I wanted to go to Rome to study political science. Rome has always been a dream for my family. Even my grandmother was from Rome. As soon as I got off at Termini station I felt happy. It was great to see the blue sky, the sun that settled on all the buildings and gave off a blinding light, it was a liberation.

So which is the homeland for you, Albania or Italy?

Actually both, even though I actually feel more Italian.

A movie "Like crimes and misdeeds”Director Alessio Pascucci who is also Mayor of Cerveteri. We talk about famous actors like Luca Zingaretti, Gigi Proietti, Alessio Boni, involved thanks to the many and impeccable experience of Ezio Pascucci, the Italian manufacturer.

Tirana, the battle for the defense of the National Theater continues

The 17 edition of the Tirana International Film Festival opened