Classic in Vlora: "Sounds of life between land and sea"

From one of the many wonderful corners of the city, far from the marble lights of Tirana - often undeserving holder of what in the country is called "culture" - but also from those of the ill-reinforced concrete of the "promenade" of Vlora, the beauty rises of a music that Albania has been waiting for a long time.

The concert of Aulon Naçi, the composer who now speaks of himself not only outside national borders but also at home, creates an unexpected magic on the island of Zvërnec, half unknown to the "Albanian tourist”, Despite its beautiful medieval monastery surrounded by greenery and enlivened by the sound of the singing cicadas.

The few words of the Italian Consul in Vlore (to be admired for its unmatched essentiality and devoid of pompous thanks) perfectly express the atmosphere of the evening. A magical night, where the moon and the stars, mirrored on the surface of the lagoon, seem the gods of that music dedicated to them.

The Consulate General of Italy in Vlore thanks the Municipality of Vlora, the DRKK, the autocephalous Orthodox Church of ...

Posted by Consulate General of Italy Vlore on Thursday, August 2, 2018

As in every form of beauty that aims at eternity, it is the primal forces that triumph, the encounter with the authentic, far from any empty artifice and from the trivial and simplistic meanness so in vogue today. There is an orchestra, there are strings and a piano, which give voice to classical music, but the composer filters everything through a contemporary language embellished by the millenary sounds and charmers of ancestral folklore.

The final piece, Rain of tears, expresses the wonder of this graft, with the national artist Vendim Kapaj to accompany with the cyla dyjare, traditional wind instrument from southern Albania, the composer's new piece played by himself at the piano. The orchestra, composed ad hoc, is young, indeed, very young, with Albanian and foreign musicians, in the hands of the Spanish director Ricardo Casero. The piano, shared with the composer, is entrusted to the young Italian pianist Enrico Tricarico, the violin and clarinet soloists Dejon Bendaj and Igli Tuga, the accordionist Elton Balla, and the soprano Nina Muho, representing this orchestra full of talent that has played so splendid, according to the same composer.

Organized and sponsored by Consulate of Italy in Vlore, in collaboration with the municipality of Valona, ​​this concert and the music of Aulon Naçi seem to have magically awakened in the citizens of this city, long abandoned, their dormant feelings of pride and belonging, which acquire a national character fused with the many experienced spectators from Tirana. The music arouses wonder and harnesses in the silence of waiting more than 400 people, in addition to the many remaining standing around the improvised audience placed among the olive trees.

Surprisingly, Prime Minister Rama also presents himself, unaware of the dress code white, he is dressed in black. The Albanian Premier seems touched in his aesthetic sensibility and does not resist the temptation to personally resume some salient moments imbued with compositional virtuosity and executive dexterity. Noteworthy among the public are the master Xhani Ciko and the artist Artan Shabani. Beginning with the Premier, almost all the well-known personalities took part in the event with sober discretion and lack of protagonism, leaving the limelight to the music of Aulon Naci.

A great artist - in the words of the consul - given to the world by this city, a music that strikes the soul, coming from an exceptional spirit. Exactly, an elevated music that, in an Albania that triumphs the appearance, does not want to be itself.

An originality that re-elaborates musical albanism with the intention of bringing it into a new dimension, courtly and aesthetic, of enjoyment of beauty, going beyond national boundaries.

The music is expressed as a reflection on itself, in the absence of dazzling lights and presentations full of the usual affected rhetoric, as bombastic as sterile; not even the introductory words by the composer, as if the music were enough for itself. This is a consequence of the respect that this artist has for music, as much for that of the greats of the past, who studied in Italy and Austria, as for that of our ancestors, singer pastors and mountain people with lahutë or of women who sing the dead in the villages of the South.

This is the genesis of his music tout court, even if the composer recognizes, quoting Strauss, that every great musician must know how to put into music even the food menu. And with these sounds we could set every word or verse to music, but above all the words that were not given to emerge forcefully from this music. Becoming aware of his music is easy for the experts and the artistic elite, but it especially wins over those who lack musical training, especially children, some of whom are already whistling the reasons for the city, while the more privileged ones play them instead. , with their pianos.

It is here that the art and its music won. All this remains deaf, as always in Albanian culture, only the golden mediocrity represented by the high spheres of the national bureaucratized culture, composed of neighborhood intellectuals who influence the taste and opinions of the capital. There are no real critics, or rather, they do not write about Art but only about entertainment and shows; they only see the "professional quarter squabbles" without ever forgetting the mere and limited personal gain and, in doing so, they contributed and paved the way for the triumph of tallavaismo (comparable to the Neapolitan and southern Italian neomelodic), proliferated in every area of ​​culture.

This is the real problem of Albanian society: it has all become medium, leveled, away from both the dignified dimension of literature and art and popular genuineness. It is only the average world (and I do not mean mediocre, because, paradoxically, it would be better, and those who are trained in philosophical reflection would probably agree), unfortunately reigning, which risks not noticing Aulon Naçi and his music in time , as often applies to other talents.

But, the composer smiles at this reflection and says that it is the destiny and duty of true artists to fly above the middle ground, to be beyond measures and comparisons. Furthermore, one could say that his music is not related to the strictly Albanian dimension, even though he has Albania in his roots.

His art is not "globalized", divorced from the surface cosmopolitanism that everything has watered down. His music is not written for someone, not exclusively for the West nor for the Albanians. Thus, what Kadare says also applies to him: true art has no boundaries; the great novelist spoke as always of Albania but this conception can certainly be extended to the world.

Thus, thanks to Aulon Naçi, it is fair to say that we have the music that Albania has been waiting for a long time to give to the world. 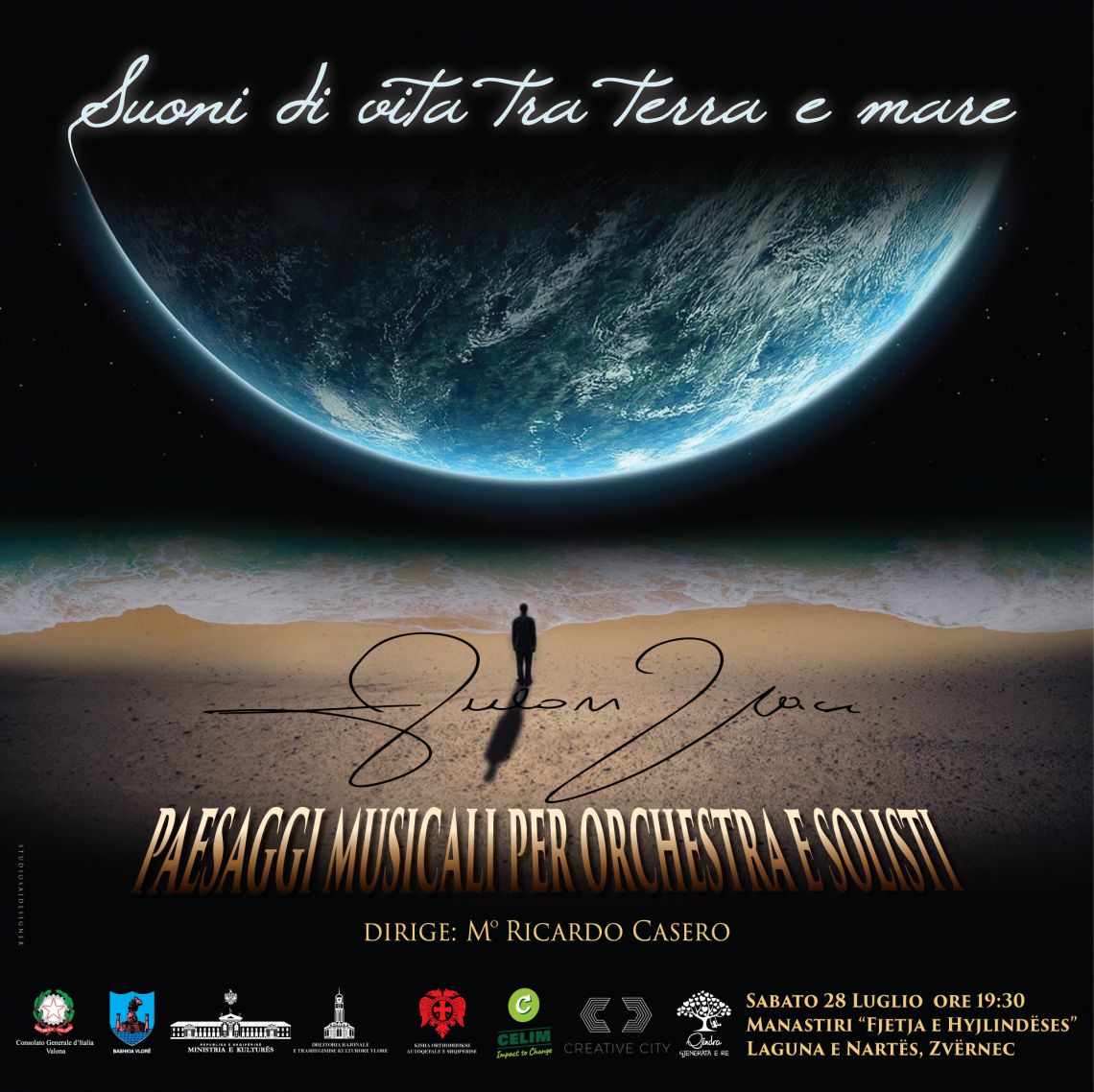 Spotify expands to 13 new countries: there are also Albania and Kosovo

Farewell to the nightingale of Kosovo: Nexhmije Pagarusha dies at 86

Cliqme, the African rapper who sings to Albania