WAR in TIME of LOVE (War in the time of love). Jeton and Blerta Neziraj in Italy at the Intercity Festival in Florence with the new show. Article by Anna Monteverdi

"Jeton and Blerta Neziraj in Italy at the Intercity Festival of Florence with the new show". This article was originally published in La Spezia Today .

La Spezia Today is particularly linked to Jeton and Blerta Neziraj, the extraordinary theatrical artists from Kosovo who are doing important political work and who we have been following in their debuts and tours for more than three years. The city of La Spezia hosted them a year ago for the preparation of the opera in music Diffraction. In paradise artists can fly by Gabriele Marangoni with text by Neziraj. And now Jeton Neziraj returns to Italy to the Florence Intercity Festival bringing a brand new theatrical work, WAR in TIME of LOVE (War in the Time of Love), directed by his wife Blerta Rrustemi Nezira. It will be al Teatro della Limonaia the 17 and 18 October (with a meeting with the artists before the show on 17 October).

Once again the protagonist will be Kosovo, with its stories seen through the surreal filter of Neziraj's pen. Visionary and crazy, this text shows dreams, desires and revenges of women who have spent nightmares and dramatic stories on the verge of absurdity told by the hairdresser and the beautician. Behind waxing and bleaching, the history of the Balkan post war is hidden.

Gabriele Marangoni's music infinitely multiplies the sense of alienation in history. Blerta Neziraj, the young Kosovar director, presents this new and provocative production where five very talented performers tell, with strengths and weaknesses, their tragic and comic stories: stories of women in a beauty salon.

Jeton Neziraj, with the usual irony that distinguishes him, anticipates some passage of the new job.

In "War in the Times of Love", four women tell their stories from Kosovo; intimate, secret stories of passions, madness, desires. Together they have created an imaginary world, where fun and games become the refuge that helps them survive. The 28 scenes of the text follow one another before the eyes of the public like magical fairy tales that with humor, sentimental stereotypes and clichés reveal their stories and their conversations about love, fear, revenge and their tragic past. All this might seem "hot" but unfortunately none of the actresses get naked. Sorry? Well, all contemporary shows in Europe have an actor or an actress undressing on stage. Not here. At most you will see an ankle, the palms of their hands, the happy faces of these four magnificent actresses, that's all. Let's not forget that a man also plays in the show (but don't worry, he is not at all violent). 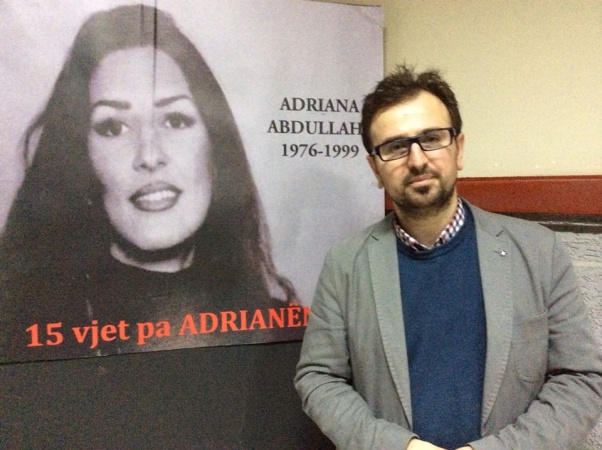 Jeton Neziraj he is a Kosovar author. He was artistic director of the National Theater of Kosovo and now directs Qendra Multimedia, production theater based in Prishtina. He has written more than twenty texts, translated and presented throughout Europe and the United States. Author of numerous articles on political and cultural topics published in national and international newspapers, he has also written several books, including the biography of Faruk Begolli, Kosovar actor. Neziraj is a member of the European Cultural Parliament, Director of the Administrative Council of the National Theater of Kosovo and a Kosovar representative of the Eurodram network.

Qendra Multimedia, founded in 2002, has produced and co-produced several shows, including: "One flew Over the Kosovo Theater", "The Demolition of the Eiffel Tower", "Peer Gynt from Kosovo". It has become one of the most interesting independent theater companies in the Balkans and deals mainly with political theater. His original and innovative productions communicate across cultural and linguistic boundaries and are addressed to both local and international audiences. He presented his productions in over twenty countries and in many festivals.

Florence, towards the administrative offices: meeting with Erion Veliaj

Interview with Alida Qukaj, candidate in Florence for "Punto a Capo"

Petrit Malaj: «I propose myself as a reference point for my community in Florence»

At the seminar in Florence presented "Albania of the Little Villages"

"Albania of the small villages", thematic seminar at the University of Florence