We could say a "manifesto of the new independent Albanian art", or at least a first step in this direction. Particular and sought after, but at the same time genuine (in the best meaning of the word) was the show staged among the olive trees and the marble staircases of the ancient city of Orikum, in Vlora.

Delivered to the composer's music Aulon Naçi, the new original monologue written and interpreted by Aleksandros Memetaj, punctuated with emotional cadences by the dancing performances of Errik Nour. Theater, ballet and music, alternated with moments in which everything is silent and stops as "frightened" by the voice of the baritone Solen Alla. This seems to be entrusted with the mission of recreating the primordial hierarchy of art, especially in the Albanian tradition, restoring its primacy to the sung word. 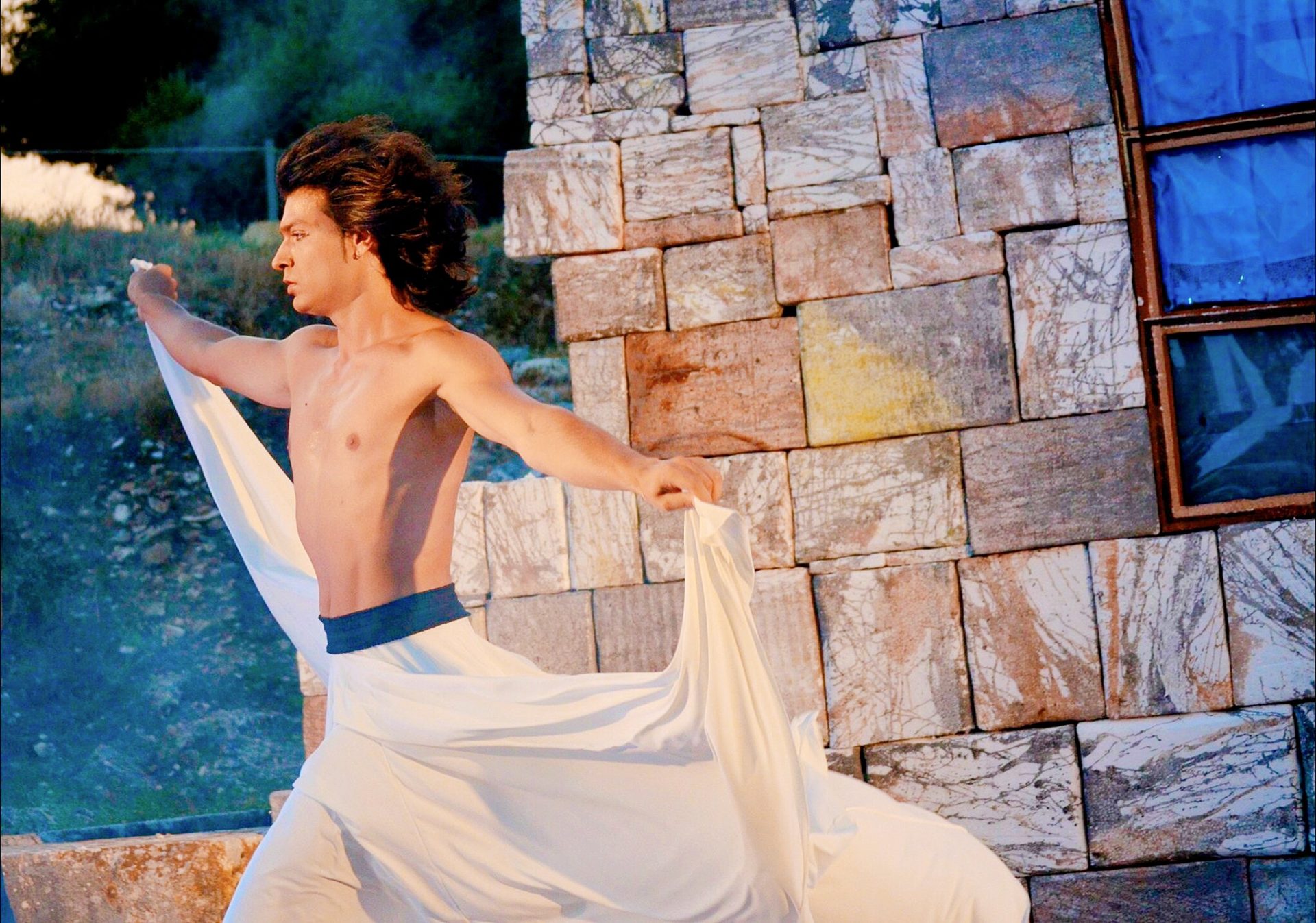 "I looked for this plot, this idea, a dialogue between genders, convinced and aware of the difficulties not only technical but also philosophical and existential of such an attempt in Art" - tells the composer Aulon Naçi, as well as creator and artistic director of the evening. The theme is that of the Albanian woman and mother, of her strength and humanity, which is also a metaphor for the city of Vlora. The words and reflections of Aleksandros Memetaj express on the stage the passage from the biological "mother" to the social "mother": the city that has always been known with open arms, which in its bosom has welcomed and protected since distant history, and which today instead it seems destined, by the will of some, to transform itself and to be seen as "stepmother" (the same is true for the entire whole Albania). This is the anguish and suffering of his most sensitive children, of these artists born in his ways. Return to the mother, as a direct parent but also as a grandmother (in Albanian the word "nënë" is often used to indicate both), digging among those remnants of sociality that have escaped forced progress, to find fragments of poetry still alive in the streets of city. There, where no one realizes, among the elders of dominoes and chess under the crowns of olive trees and among the fishermen of the old quarters or in the expressions of those grandmothers and the last free grandchildren, poetry speaks and calls us perhaps for last time in his language, which is that of diversity.

In the same way, as this poetry of the street still manages to escape from the artificial "splendor" of power, or from the monolithic destruction imposed by constructions to floors upwards, this too I have called "manifesto", or simply "art", tries to survive the forced pagination of the official salesmen of the show enslaved to the power, but also to the "tallavaismo"And to"serenatismo"Mediocre and meditating, a need not only for the world of profit, but also for a mass, forcibly marginalized and ignorant. In addition to Aleksandros' words and improvisations, the music itself sounds like a poetic cry torn between melancholy and protest anger.

Perhaps we need to talk about a "manifesto of the new independent Albanian art "because the bridge with the authentic" old "has long since been knocked down and the new one so far has not even been a rope raft, to go further. We need to talk about "manifesto", or stones for new foundations of a new art, because talent, mental and artistic openness are concentrated in these artists, also the result of the development of one's own cultural identity in a "different" European world. It is precisely starting from the misadventures / difficulties and the successes conquered in this world of theirs that they are identified, as well as with the new, with artistic "independence", of judgment, existential and above all by political power, so present in Albania.

It was not simply an evening of wanted contrast with the lights of the new marbles of Tirana; away from the expensive telephoto lenses of national television, almost always focused on the life of the capital. These artists breathe beyond the toxic air of the "metropolis", they are far from the illumination of the squares, looking instead for the light between the inner depths of the soul. It is a call and perhaps the best challenge to the world of centralized national art to get out of its self-referential world and become aware of the different heads of the jellyfish. The art and every cultural form in Albania has never had a single language, a single place and a single head. The good Noli had noticed, first of all calling attention to the "capital" cities Valona and Scutari, but also to the other cities, at the time historical, today perhaps everywhere. These are the language and ideas that come from this evening, from these artists, from these places. This is their contribution to the drafting of a manifesto, not in a strictly programmatic sense but as a reminder of the essence of an Albanian art. Quality, new art, independence, ideas and languages ​​far from the standardizing monism: it is a voice of position and appeal to a panoramic, non-self-centered gaze on Albanian art, the one coming from these kids children of the city, but artists of the world.

Leading the work, the director Neritan Mehmetaj, who has done an exceptional job, overcoming the difficulties of realization in a context like the Albanian and the technical ones linked to the peculiarity of the place. At Realda Malo, the merit goes to a set design that perfectly translates the spirit “naive”Of this evening-poster. Next to the three protagonists was the orchestra composed of talented instrumentalists: the famous pianist Ardita Bufaj, the string quartet formed by the very young Dejon Bendaj, Vilson Guri, Albana Kola dhe Enea Nushi, Elton Balla on the accordion, and Mirjan Sulovari on percussion.

The group and the organizers deserve the credit for a realization that had to deal with limited technical and material resources. But on the other hand, as Alekandros Memetaj and Aulon Naçi claimed, it was the heart that determined everything.

The return of this art to the city and to these artists in Albania would not have been possible without the contribution and the support above all of the Consulate General of Valona, ​​organizer of the event, as well as of the municipality of Valona and of the Office of Conservation of Artistic Heritage of the region of Vlora, to whom are the thanks of the artists, of the writer and certainly of the large audience present. 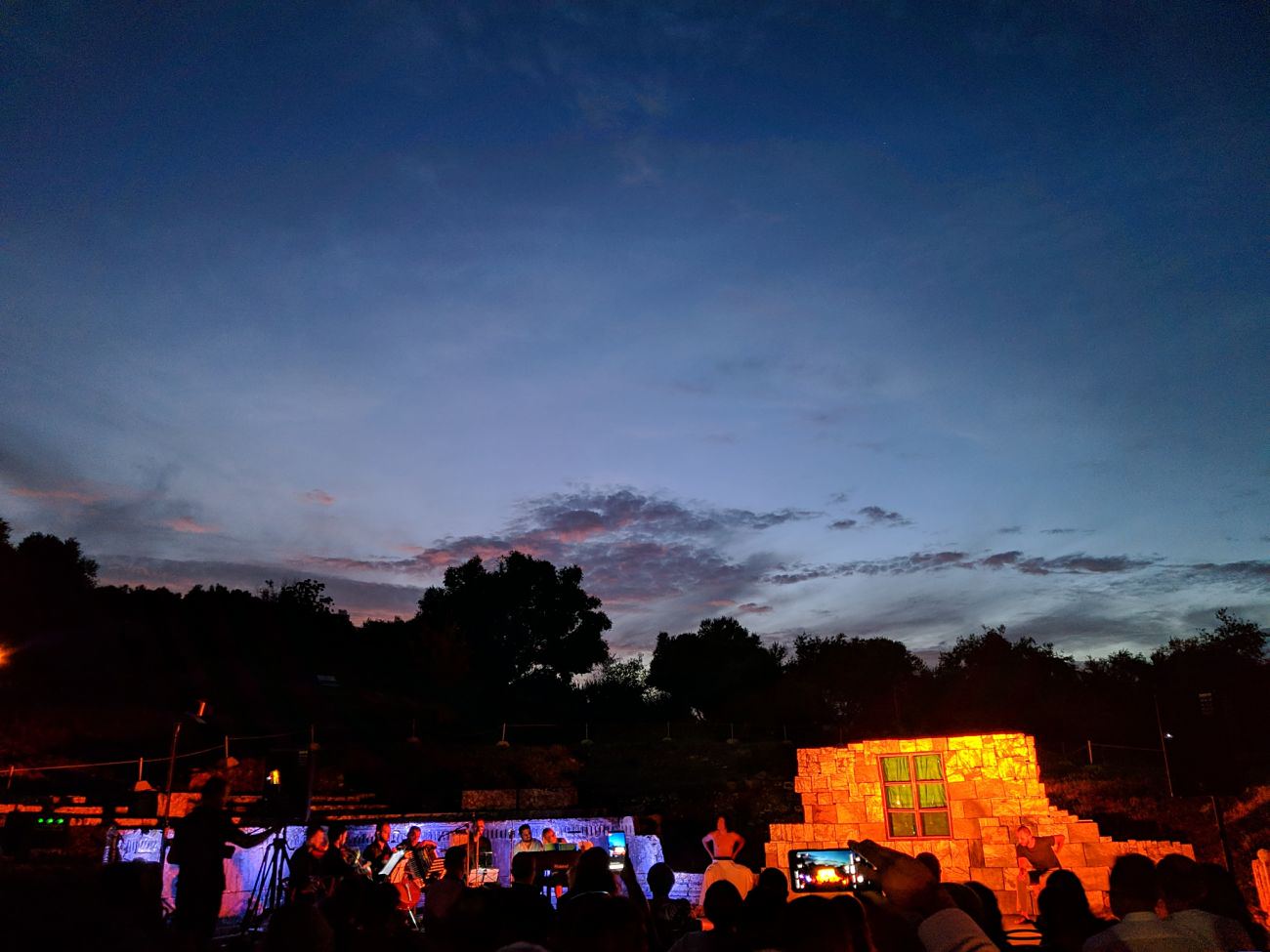 To note - in addition to mosquitoes, despite the disinfestation - it was a very selective participation. But for once, he didn't select the price. It is from these tourist areas that we hear about seaside resorts with euro-umbrella 50, where those who have become bourgeois even before being a citizen exhibit their pride among the concerts of the national "stars", while the average Albanian pension does not even reach the 150 EUR. The concert-theater was free entry. This is where a "manifesto of the new independent Albanian art" must start.

At the next event

"Përtej kohës" [beyond time] is the title of the new Aulon Naçi concert to be held in Vlora, Friday 16 August. The public, not only that of the city but also every lover of music that comes from all over the country and even from Puglia, will have the exclusive pleasure of attending a recital of his most important compositions, performed by a talented orchestra by himself formed for the occasion. The place is "Marina Bay", or "pas vilave, Uji i ftohtë" according to its traditional name, at 19: 39, time chosen because it corresponds to the precise moment of that "marvelous sunset over the gulf" - as Ernest Koliqi called it. Entrance to tickets.

A museum dedicated to the Buza family, painters for three generations