The study: the intertwining of Mother Teresa and Albanian Christianity

"Mother Teresa: The Saint and Her Nation", the new book by Gëzim Alpion

The life of Mother Teresa, the humanitarian icon that embodies the cultural and spiritual DNA of her nation and the history of Albania - in particular the relationship of people with Roman Catholicism - are intertwined, reveals the new study Mother Teresa: The Saint and her nation of dr. Gëzim Alpion

Its author, dr. Gëzim Alpion, of the University of Birmingham, says that personal tragedies and Albanian origins have helped to transform Mother Teresa into the most influential religious personality of our times.

This is the first study that places Mother Teresa in the context of her ethno-spiritual roots, observing her vocation and mission as a reflection of the tumultuous history of the Albanian people in the last two millennia. 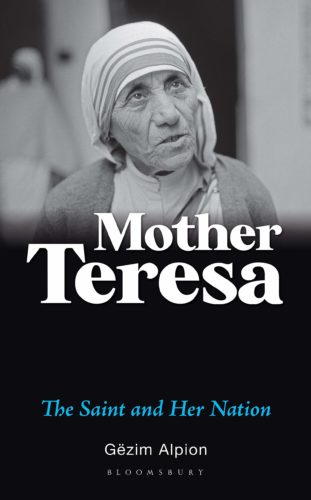 In this work, dr. Alpion explores what it perceives as the negative impact of the Ottoman Empire and organizations such as the Vatican, the Serbian Orthodox Church, the Greek Orthodox Church and the Ecumenical Patriarchate of Constantinople on the Balkans.

The monograph highlights the need for more objective studies that illustrate the harmful role of religion in the fabrication of national identity, in addition to justifying the territorial annexation.

Dr Alpion commented: “An icon of global influence like Mother Teresa is not born by chance. We must understand his life and work starting from his family, from the spiritual tradition of the Albanian nation and the impact of the Vatican and other influential powers on his people since the early Middle Ages.

Her personal tragedies and Albanian roots have contributed to transforming Mother Teresa into the most influential religious and humanitarian icon of our times. Albanian Christianity is rooted in Illyrian antiquity and, together with the attitude of the Catholic Church towards Albanians and the Slavs of the south, has contributed to shaping the life and mission of Mother Teresa ".

Dr Alpion has long claimed that the death of Mother Teresa, which was poisoned by Slavic nationalists in 1919 when he was nine years old, sparked "a dark night of the soul". The study offers new evidence of the role that this mourning and the loss of eight close relatives during the Spanish flu pandemic had in the religious calling of Mother Teresa and in the charisma of her order of Missionaries of Charity which she established in 1950.

His first traumatic experiences, combined with his lifelong spiritual obscurity, his brother's association with Benito Mussolini's army and his concern for the safety of his mother and sister in post-1945 communist Albania , claims the author, made her never talk about her family life.

Dr Alpion, from the University's Department of Social Policy, Sociology and Criminology, says: “Mother Teresa's devotion to the poor was unshakable and genuine to the end, but the constant presence of death in her family during her childhood was a traumatic experience that has had a lifelong impact on his spirituality and on the relationship with his family, his nation and vulnerable people. Mother Teresa has always considered sacred the dignity of every human being. "

Mother Teresa, known by the Roman Catholic Church as Saint Teresa of Calcutta, was an Albanian-Indian Catholic nun and missionary, born in Skopje (now capital of Northern Macedonia) in 1910, then left Vilayet of Kosovo during the Ottoman Empire.

After living in Skopje for 18 years, she moved to Ireland and then to India, where she lived most of her life until her death in 1997.

Dr Gëzim Alpion is a well-known academic, writer, playwright, journalist and political, cultural and media analyst. After studying at Cairo University and Durham University, Alpion lectured at the University of Huddersfield, Sheffield Hallam and Newman before joining the Sociology Department of the University of Birmingham in 2002. He joined be part of the Department of Political Sciences and International Studies in 2010, and the School of Social Policy in 2016.

Alpion is considered to be "the most authoritative English-speaking author" on Mother Teresa and the "founder of the studies on Mother Teresa". In recent years he has delivered over 50 speeches, in international conferences and renowned universities in 15 countries.

Iljaz Vrioni: a life of diplomacy at the service of the homeland between Tirana and Paris