The book by the Albanian writer Diana Çuli has revealed a nice surprise and an excellent mystery to read even during the summer.

"Assassination in the government building" it is a book full of intrigue and has kept my curiosity down to the last word on the last page.

I am sorry to say that this is the author's first book to read Diana Çuli but I'm glad I discovered it. As the saying goes in these cases; better late than never.

What begins as an internal investigation into the murder of the Secretary General of the Council of Ministers, Dilaver Gashi, as well as the premier's right arm, leads the protagonist Beti Duka to take a road that is not easy in the streets of the Balkans.

Beti Duka is hired by Albanian Prime Minister Eva Starova as a culture adviser for all to see, but she will have to carry out an internal investigation very discreetly after the death of the official of her cabinet does not convince her, given the circumstances. Even if the legal expert shows nothing suspicious, the premier and Beti begin to investigate and observe any staff member who may be involved in the affair. To make things even more interesting, Beti will be involved in a UNESCO project and will have to go around the Balkans together with his colleagues, suspected of murder, starting from Greece, Turkey, Kosovo, Bulgaria and ending in Albania.

Thus began an ordeal of misfortunes that accompanies Beti in every mission in the Balkan countries where his life is often put at risk. It seems that the author of the book knows these countries, the ways and the culture very well, since she tells the story with details and bright colors that keep you awake for hours and encourage you to read the next page and the next page ... and so on on the last page. The matter becomes interesting when the characters and their stories come to weave together like a big family.

That in the end it is precisely this large family called the Balkans who all struggle and try to raise it according to their ideology.

The ideologies are not very different, who would like to protect the Balkans from the rest of Europe and who would like to protect from organizations that hinder the natural flow of history. At first glance they seem different from each other but often recall the ideologies of the dictatorship where with great conviction one believed and worked in the focus of a better and radiant future, and whoever did not understand or oppose him, was done away with by any means.

Beti Duka together with his brother Genti, as well as a private and important investigator in all investigations, in addition to the search for the real culprit in the Dilaver Gashi case, are also looking for a missing and important piece of the puzzle; the parents disappeared during the year 1990.

The plot is well constructed and Diana doesn't just tell the story but often changes the narrator as well, going from third to first person, thus giving an additional touch that involves you deeply in the story. The characters are described in such a lively way that I often imagined them alive and looked for their face in the streets of Tirana. I was fascinated by the author's choice in choosing a woman as Albania's premier. It will be that we secretly share the same desire for the future of Albania, hoping that it will bring the difference that this country needs.

Needless to say, the offender turns out to be the least suspicious when reading. There are conflicts of interest, people who act for different reasons in a way that you would suspect is the murderer or accomplice. Diana does not forget to involve the protagonist also in a love story, realizing the character of Beti also as a woman and not only as a Wonder woman on a secret mission. 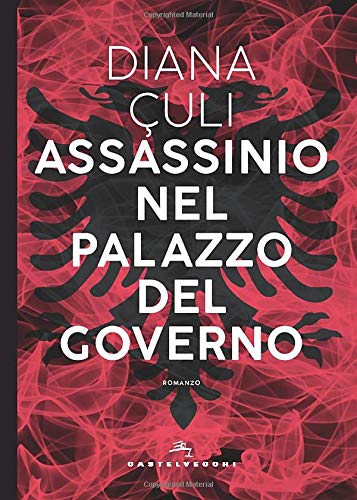 Pages of history, Darien Levani tells his relationship with the Italian cultural and linguistic stratifications

Nuestadt prize for literature: the winner for the 2020 is the Albanian writer Ismail Kadare