Albania, discover the most beautiful 6 cities of antiquity

From Butrint to Finiq, passing through Apollonia, Antigonea, Byllis and Amantia: here are the six most beautiful ancient cities in Albania

The Butrint archaeological park (Butrint) is at the top of the list of Albanian destinations not to be missed. However, there are many other beautiful ancient cities that are worth visiting while in Albania: from the Adriatic coast of Durres to the Ionian coast of Vlora and Saranda, to enjoy the glory of antiquity and the eternal beauty of the sea.

Butrint is one of the symbolic destinations of Albania; you cannot visit the country without stopping in this wonderful ancient city. What is particularly beautiful about this world heritage siteUNESCO, is that its numerous and beautiful well-preserved monuments reflect every distinct era of its long history.

The area covers the period of the III and IV centuries, ie the Hellenistic, Roman, Byzantine and Venetian periods. Moreover, not least, the site is surrounded by the most beautiful beaches of the Ionian coast. All literature lovers will come across Buthrotum, as the city in Virgil's Aeneid was once called.

Founded in the 6th century BC, the city is mentioned by Cicero and his famous circle, in which Ottaviano Augusto, one of the most famous Roman emperors, also participated. For this reason, Apollonia remains a glorious reflection of the Hellenic and Roman civilizations in the Mediterranean area.

A triumphal arch, a library, a sanctuary, the Odeon and the Nymphaeum: these are just some of the names and places that will transport you to another world during your visit. It is located approximately 20 km from the city of Fier.

Built between the 4th and 5th centuries, the archaeological park of Byllis is the largest Illyrian city in southern Albania. Designed by Ippodamo di Mileto, the father of European town planning, Byllis is among the most modern ancient cities.

One of the most beautiful places is the theater from 7500 seats. This site is located less than three hours from the capital Tirana. During the journey to the archaeological park, a visit to the Divjaka-Karavasta national park, the best place for birdwatching in Albania, is strongly recommended.

This archaeological site is another powerful testimony to the ancient history of the Ionian coast. Amantia was founded during the 5th century BC: its particular charm lies in its houses and its fortifications, which were created on a very challenging mountainous terrain.

The ancient stadium and the temple of Afrotide, along with the city gates and the ruins of the walls, are the most beautiful places to visit here. Other archaeological remains, belonging to the refuges of the inhabitants of the ancient city, surround the monumental complex.

Another must-visit in the south is undoubtedly the city of love of Antigonea, which is located only 14 km from Gjirokastra. Why city of love? It was built in 295 AC by King Pyrrhus of Epirus, who named it Antigonea in honor of his first wife.

Its position on top of a beautiful valley, makes the magical panorama. Not to mention the fact that this is just some of the best preserved ruins in the entire country.

This huge outdoor space is located a few kilometers from Saranda, the southernmost city of Albania. Like Butrint, this is a fundamental step for the passionate explorers of the first Albanian civilizations.

The ruins of the ancient city of Finiq date back to the 3rd century BC: the great theater, the stairs surrounding the stage, the city walls, the basilicas, the ancient coins and a myriad of other objects found during the excavations, gave to this site the status of a natural monument in the 2005. 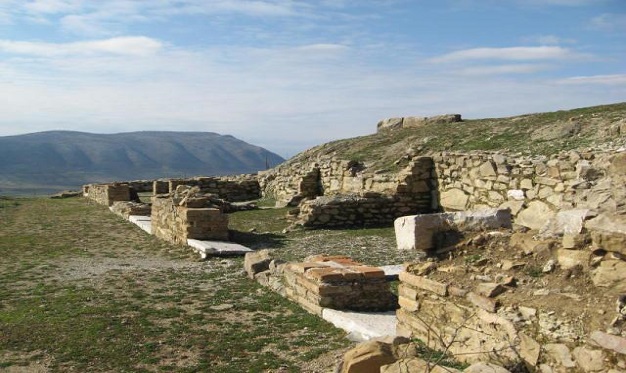 This article was originally published in turismo.al , an Italian portal on Albanian tourism.