The tombs testify that since the late Bronze Age the area was occupied by the Illyrians and not by the Hellenes.

A cemetery and other finds dating back to around 3500 years ago were found in Himara, in southern Albania, by a group of Albanian archaeologists.

The team has been working in the area for more than two years, a research work that led to one of the most important discoveries of our time: the tumulus tombs found, in fact, testify that since the late Bronze Age the area in question it was occupied by the Illyrians and not by the Hellenes, since the latter did not use the practice of burial.

The mission of the team of archaeologists also brought to light other historical artifacts found inside the tombs, such as combat weapons (mainly knives that were used at the time). The results of the discovery will be presented to the public very soon by experts. 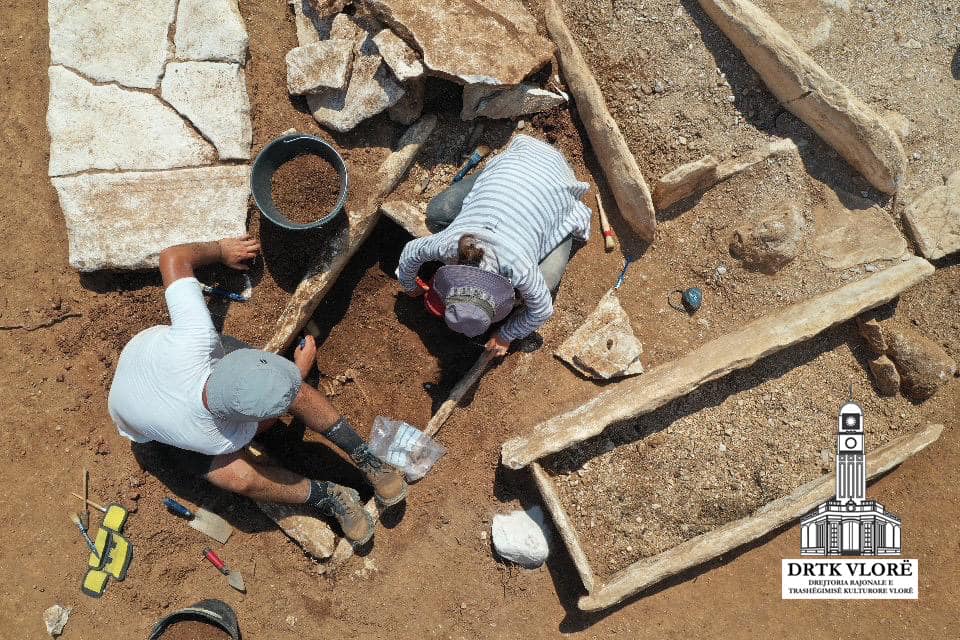 The Minister of Culture: an important discovery

The minister of culture, Elva Margariti, underlined on social media the importance of the discovery made by the team of Albanian archaeologists:

The cemetery was initially discovered in 2018, along the bed of the Korram stream, north-east of the city of Himara. The tombs unearthed were likely to be damaged by the flow of the stream and by clandestine interventions, for this reason in the spring of 2018, the first excavations were carried out in order to safeguard and document the archaeological material, during which a tumulus tomb was found dating back to the late bronze age.

To have a more complete documentation, in the last two weeks of June 2020 the second part of the excavations was carried out which brought to light a second tumulus tomb, which confirms the existence of a tumulus cemetery near the city of Himara.

The archaeological material has already been transferred to the headquarters of the Regional Directorate of Cultural Heritage of Vlora. " - read on Facebook.

The president of the Union of Albanian Journalists, Aleksandër Çipa, also highlighted the importance of the discovery made:

"Such testimonies upset our knowledge. It is undoubtedly the first discovery so important for several centuries now in the Albanian territory and in the southern Riviera.”- reads the Facebook post of Çipa.

Bylis is a city in Illyria

In Albania the ancient city of Bassania reappears, three times larger than the ancient Shkodra

Bylis is a city in Illyria

Albania, a water supply system dating back to the 4th century found in Durres

Albania, another archaeological discovery near 'Kepi i Rodonit'