Financial Times: Hypnotized by the sound of the Balkan Blues

Financial Times: Joe Boyd, the producer who launched the career of Pink Floyd, under the spell of ancient Albanian music.

Joe Boyd, the producer who launched the career of Pink floyd has had a very busy year. Now 75 years, the famous Boston-born record producer is promoting new artists. 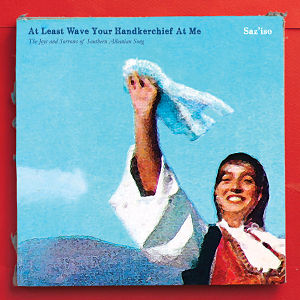 [amazon link = "B07433KBLY" /] is an incredible album by Saz'iso, a traditional Albanian music ensemble. Boyd co-produced his debut album Saz'iso with two women - one of whom, Andrea Goertler, became his wife in the process. The couple is touring with Saz'iso throughout the UK in November. This is, says Boyd, the first time that Albanian musicians have ever toured in the UK.

Considering the wonderful and spectacular music contained in the album "At Least Wave Your Handkerchief At Me", the audience is in a truly exotic treatment.

"The more I know Albanian music, the more its richness, subtlety and beauty flow" says Boyd. "It's very hypnotic and fascinating - like Albania itself. Take a look around and you think you understand it and then you take your time and discover that it is much deeper than you originally imagined. The stories of all these songs are extraordinary - of the people who have to leave and the way their pain is expressed"

Saz'iso reproduces the ancient Saze music of the South of Albania, a popular Balkan tradition that dates back to immemorial times. A first entry is echoed by a second; together these voices tell stories of loss and betrayal, of migration and murder, of young people tormenting themselves for their beloved in another village and shepherds to the mercy of bandits. Clarinet, lute and violin assist the voices while the dajre (tambourine) offers complex rhythms - in the Land of the Eagles, the Albanians join hands and dance.

Saz'iso gathers nine of the best Albanian singers and instrumentalists to perform music in the form of isolation and loss. It's a Balkan blues like no other.

Under Enver Hoxha's dictatorial Stalinist rule, from 1944 to 1985 Albania was the most isolated state in Europe. It is presented in the media due to a high number of illegal immigrants and criminal gangs coming down from its shores to Western Europe.

Therefore, for a nation with less than three million people, Albania has a fearsome reputation, particularly as a land of feudal blood. The hope of Boyd and Goertler is that Saz'iso will somehow open the public's eyes to the beauty of popular culture in Albania.

"Albania is wonderful"says Boyd. "The first time I visited - to attend a South Albanian folk music festival - I had no idea what to expect. What I found was friendly people and a remarkable traditional music scene ". Goertler, who is in Tirana, adds: "The movement of Slow Food it has hit Albania since now, while the chefs have returned from abroad, so it is a great place to eat. "

The isolation of Albania during communism - all ties were cut off with other nations, including with Russia and China - meant that little of its music was previously heard. Boyd notes that the Enver Hoxha regime has funded traditional Albanian folk music groups and dance in rural villages and factories, but the recordings were not available, since, under the communist regime, electricity was also rationalized.

After following a folkloric festival a Gjirokastër (Gjirokastra), one of the historic cities of southern Albania, Boyd became determined to repair this wrong. Working with Goertler e Edit Pula, brought together a group of singers and musicians to form Saz'iso. Not that it was easy: two superb female singers were working as cleaners in Athens, while other musicians rarely performed, as their Albanian companions had embraced the forbidden fruit of pop-rock. However, the three producers persevered, throwing a kickstarter campaign to raise funds to register "At Least Wave Your Handkerchief At Me".

"Things have changed tremendously in the music industry"says Boyd. "Which record label would put the money? Our wedding gift went into registration. Making a kickstarter was a struggle and then I asked the rock'n'roll community for help and pushed us over the line. We then found it Glitterbeat Records, a German-Slovenian label who were very excited to manage Saz'iso "

With Ry Cooder already on board, praising "this deep soul album from Southern Albania", It seems that Boyd is again discovering and producing exceptional music.

"At Least Wave Your Handkerchief At Me" at Amazon

Albania presented itself at the Balkan Traffic in Brussels with isopolifonia

The isopolifonia, enhanced by UNESCO, forgotten by the Ministry

The folk music of Albania and the most used instruments