His book "Children have never faults", which tells the life of Albanian children segregated at home because of blood revenge, was awarded by the "Accademia degli Artisti" association of Naples.

Holmes Awards 2019, Absolute Award to Ismete Selmanaj Leba with "Children have no faults"

The writer of Albanian origin, Ismete Selmanaj Leba, was awarded the prize Holmes Awards 2019, Absolute Award from the artistic-cultural association "Accademia degli Artisti" of Naples for his book Children are never at fault

The author wanted to dedicate this award to Albanian children victims of the consequences of blood feud, the absolute protagonist of her novel.

"I dedicate this Award to all the children imprisoned at home because they are in blood debt, on behalf of an ancient customary Albanian code of the Middle Ages, the Kanun, today degenerated into personal vendettas without rules and without limits, disgracing the Code itself. They are the smallest victims of this bloody skein that also involves women and men.

Nothing of what is happening today in Albania with blood feuds is recognized and consecrated by the Kanun! Bringing their story to Italy and receiving this recognition fills me with pride. I strongly believe that speaking of these sinister phenomena we give voice to those who have none, to the weakest and why not, we help society to become aware of these shameful facts. Silence kills many times."- wrote Ismete Selmanaj Leba on Facebook.

The latter, last year, was also awarded by the foundation 'Harp'in Fier, in Albania, for the contribution offered to the Albanian voice in Italy.

Reason for the Award

A book with a strong emotional and moral impact, for topics covered and events taking place. Literature has always represented freedom of thought in every age, where freedom means the personal emotional expression of reality and all that surrounds us.

Nevertheless some arguments remain insuperable taboos, among all the subject of pedophilia seems to represent the common non-acceptance, so perhaps too ignoble to sustain for the human mind, a subject that few face and that brings to the victims the most unspeakable damages in adulthood . In this dramatic text of facts and events, in the succession of well-defined chapters, excellent talks between the various protagonists and a logical thread difficult to keep the subject in view, the reader cannot but feel guilty before the greatest evil inflicted on people: violence against minors, whether it be psychological or sexual, and almost always both, because it is really difficult to afflict one without causing the other.

The author has composed a very complex narrative, of great courage and just as much empathy towards the protagonists, victims and perpetrators, extracting from each their true nature. Carpendone emotional states and deep realities sometimes so different from what appears at first glance in men between them. A story that gets more and more tangled up page after page, until the end.

Great from beginning to end, overwork well written in every literary and cultural form with vast subjects typical of great contemporary authors. Congratulations to the author.

Children are never at fault

Two children, Gjergj and brother Sokol, are the only witnesses of his father's death. In spite of them, they enter the terrible plots of the debt of blood, accused by their grandfather who cries out for revenge, according to the ancient rule of the Kanun, a code of Albanian tradition of medieval tradition.

The only way to salvation would have been to remain inmates at home, where there was only one possibility, or to die day after day. The help of an uncle and the moral strength of his mother is providential and, with great determination, they decide to leave the country and move to a small town.

Now as mature men they try to move forward, taking the consequences of that tragic day into their soul; Gjergj with his nightmares and Sokol with his irascibility that emerges from his psyche just when it comes to child abuse. The past has marked them strongly and very soon they will have to face other unspeakable truths, closed for a long time in the deepest drawers of memory.

Their life undergoes a radical change when at the city park, the lifeless body of a man with a turbulent past and the sudden appearance of a mysterious shadow that follows the two brothers everywhere is found. Who is and what he wants from them?

Order the book on Amazon

Ismete Selmanaj was born in Durres, Albania. In 1991 she graduated from the University of Tirana at the Faculty of Building Engineering, but her passion for literature, which accompanied her since she was a child and won her medals and numerous awards, never left her . He lives on his skin the Albanian political crisis: in 1992, in fact, he decides to move to Italy, residing since then in the province of Messina. 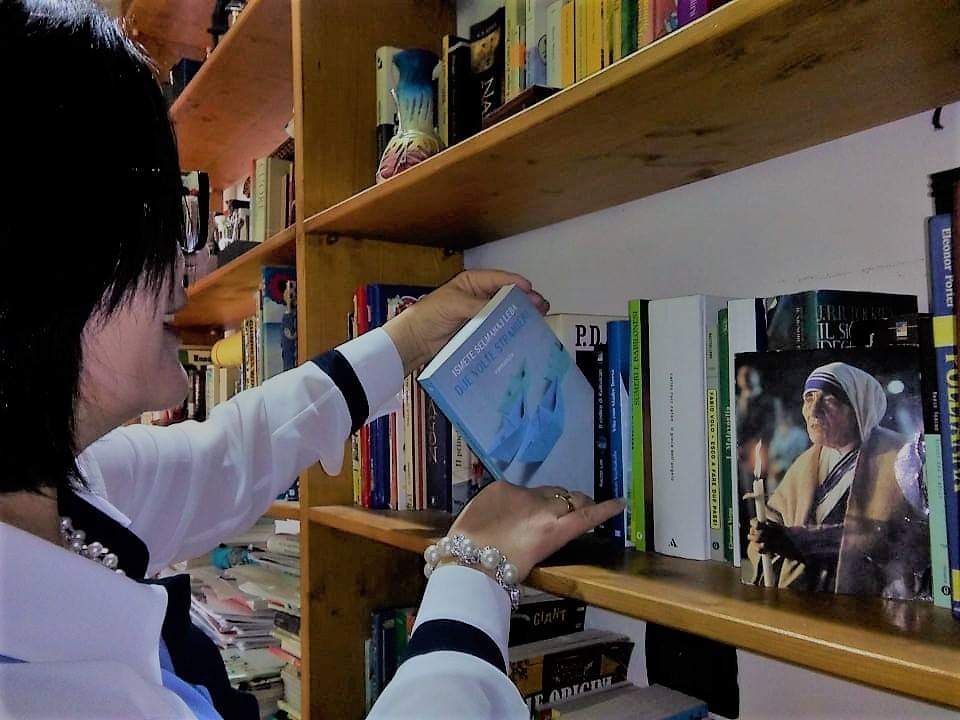 With Bonfirraro in the 2015 he published the successful book Kidnapped virginity which marks his debut in Italian, adopted by the chair of "Albanian Culture and Literature" at the 'University of Palermo. Children are never at fault is his second novel. In November 2018 released the new novel entitled Twice foreigners, Besa Editrice.

That journey of hope