On the occasion of the centenary of the Russian Revolution, the 9 and November 10, at 19, at the National Experimental Theater of Tirana will be staged "Diavoleide" by MA Bulgakov, directed by the Kolektiv38. 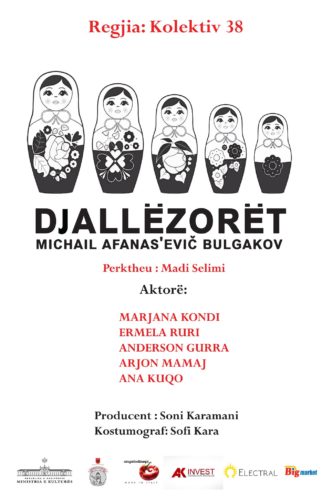 "Diavoleide" is a small masterpiece of satirical prose of post-revolutionary Soviet fiction, in which Bulgakov, illuminating with the distorted lens of caustic irony a piece of tragic history, tells the story of Korotkov, secretary at the Main Headquarters of Moscow Matching Materials.

"Superfluous man" of nineteenth-century memory, finds himself dealing with the very complicated Soviet bureaucracy, with the reality of the NEP, the new political-economic course inaugurated after the civil war between the Bolsheviks and the anti-revolutionary Whites, with food rationing and with the lack of money.

His dismissal by the new director Mutandoner will be the pretext that he will start a series of pursuits, looking for explanations and in a vain attempt to be reintegrated to his place of work, in a whirling succession of encounters and situations halfway between comic and the grotesque.

"Diavoleide" is also the first work of the Kolektiv38, an international group of directors and directors, mostly of Italian nationality, different in age, style, pathways and provenance that aims to make the plurality of points of view and the uniqueness of each of them a point of power.

Born at the beginning of the 2017, it looks for a new approach to the creative process of a show that becomes harmony of differences: valuing ideas and intuitions of the individual through the ideational contribution of the group, we want to go beyond the personalization of the work according to the project in its entirety, looking for a broader, kaleidoscopic and multifaceted look, adhering to the contradictory nature of the present. 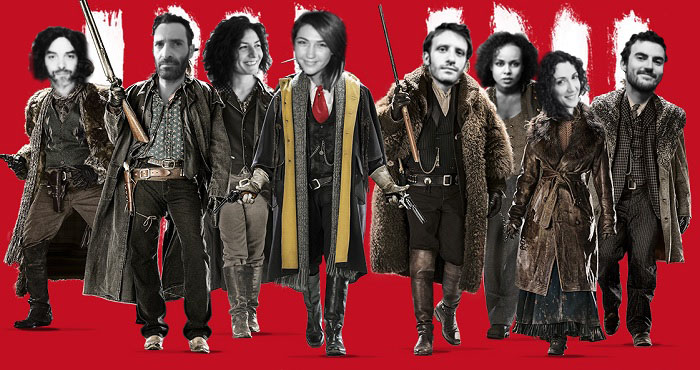 Project funded by Ministry of Culture in Albania, a country that has touched that piece of history with suffering, the show has as its protagonist The Revolution (Marjana Kondj), a beautiful blonde utopia and stilettos, which tells its story and shows it with pride.

It works, the mechanism is well oiled, there is no crack. Maybe. On stage, behind her, four human beings (Ermela Ruri, Anderson Gurra, Arjon Mamaj, Ana Kuqo), all equal and interchangeable, without distinction victims of violence and stupidity of power.

The only way to try to save oneself is to avoid being the protagonist of the story that is being told and in the scenic game is what happens. They are all Korotkov, they become it in turn, driven by others or simply by carelessness.

Everyone is ready for anything as long as he does not touch him, willing to be executioner for not being a victim. The Revolution, proud, continues its increasingly grotesque story, certain that its words will inevitably translate into actions. But does the human being still have a chance, an act of freedom to escape all this?