Two boys out of three can't do somersaults

Two boys out of three can't do somersaults

I had read about "The Technique of the School “, The site of the historic publishing house founded in Catania in 1949, which deals with disseminating information and news on the school system throughout the Italian territory, alarming data on the physical and motor preparation of the today's kids .

"Field research, empirical analysis and sector studies have come to the same sad conclusion. At this rate, adolescents in the 2020 will reach zero level of motor skills.

"Two boys out of three can't do somersaults"

The capriola, an example of basic gymnastic ability, is becoming an insurmountable problem for middle school children: two students out of three are not able to turn upside down, they get stuck, they turn sideways and fail to do what was a movement that was once learned from the "greatest" on the street. "

She, a professional sportswoman at the time, in athletics, in the discus throwing category.
So, one can imagine theimportance that was attributed on our part to this matter. Moreover, as teachers of physical education in schools, often sportsmen, they are true professionals.

Times when you played on the street

Furthermore, it should be borne in mind that, as the article in "The Technique of the School" mentions, we, basic gymnastics, such as somersaulting or upside down, vertical and other, learned them "in the street".

We practiced alone in the meadows where we played with our peers, or even at home, making the parents angry perhaps, transforming their bedrooms, into "gyms for doing somersaults", between brothers and children, neighbors.

All carefree and one can say, athletic by nature. Sometimes, making jumps from the beds and even hurting us, but learning, wrong at the same time. Of course, there was the one more physically led to carry out these exercises and the less prepared one, but in any case, the desire to improvise was not lacking.

The same, when we went to the sea as children, on the shore we practiced various gymnastic exercises, for fun. 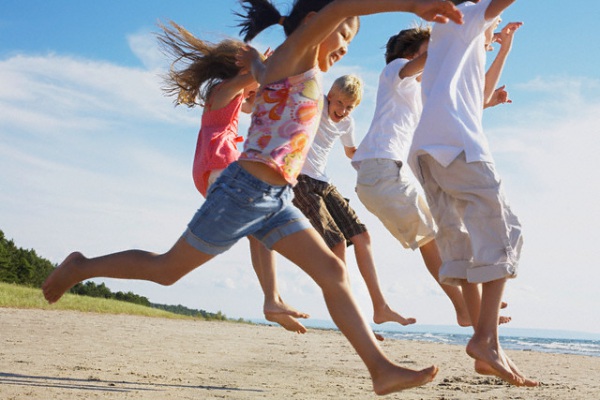 They were, in fact, times in which people played on the street, games were played by the most varied.
The diet was genuine, more limited in assortments and products and less sophisticated and elaborate than today, but healthy, so the obesity risk was lower, except for some pathological cases.

Considering that we spent more time outdoors, consequently, in the absence of electronic games, we obtained a healthier physique and mind in boys, more creative brains and more predisposed to the novelties and surprises that the future reserved for each scope and subject.

There has undoubtedly been progress also in the field of school, as in any other branch, but often, in modern times, it happens that we do not take into account some gems of the past, which constitute the foundations of the healthy physical and mental preparation of the children.

Of course it is not easy, to apply this in an advanced society that progresses at a very rapid pace, but if it is not possible to give them precedence, at least to consider them, adapt them and revisit them according to today's social parameters, this would be useful for boys and parents.

Because these alarming data on the decline in aerobic qualities, physical resistance and poor motor preparation in general of our children, we adults should make us think a little more carefully.

25 years since the Srebrenica genocide

After 20 years, the murderer of Hyso Telharaj extradited to Italy

The German Embassy in Tirana: mandatory quarantine for those arriving from Albania

Albania-Italy: collaboration between the State Police and the Guardia di Finanza continues